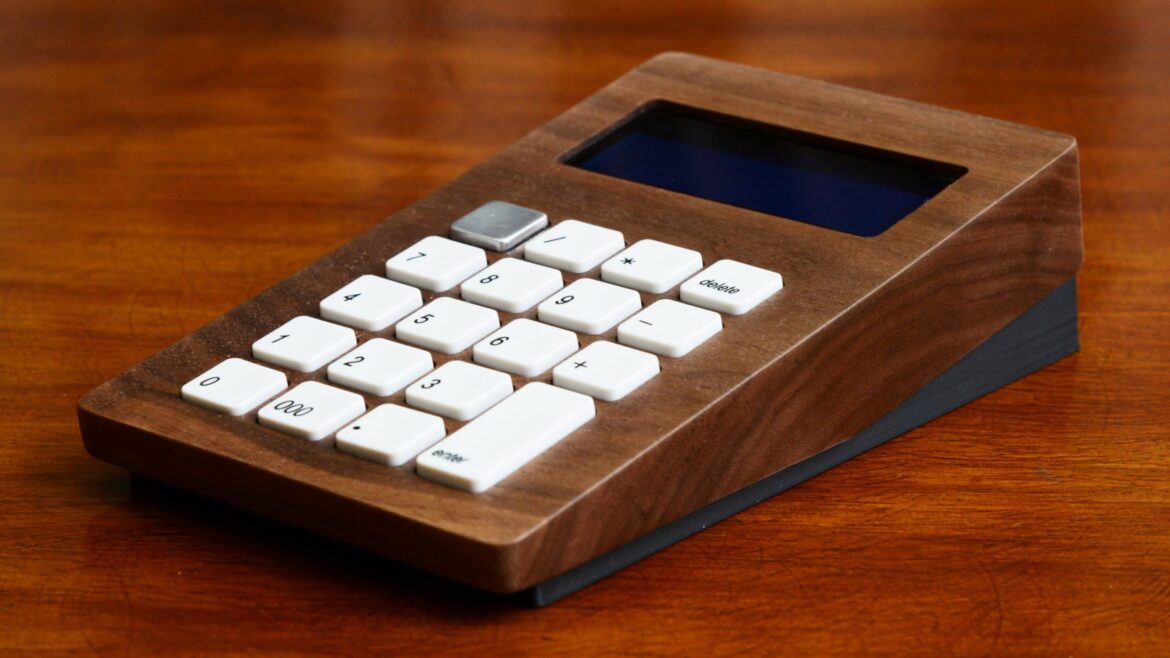 Woody brings class to the world of RPN calculators

RPN (Reverse Polish notation) is a method for writing or entering mathematical calculations wherein operators come after operands. For instance, to calculate the product of 3 and 4, you would type: 3, enter, 4, enter, multiplication. This is unfamiliar to most of us, but was common for Hewlett-Packard’s early digital calculators and is still used in some programming languages, like Forth. Some people prefer RPN calculators and this one, called Woody, is the most beautiful of the bunch.

Woody is a fairly simple RPN calculator, which was its entire purpose. Most of the RPN calculators available are complicated scientific or graphing calculators. Shiura wanted basic calculator functionality, but with RPN. It is also gorgeous. The enclosure is a solid chunk of walnut wood, which was milled on a CNC router. Other than a large power switch on the back, the only features are 19 keys and a dot-matrix style LCD screen.

An Arduino Nano board reads the key presses, does the math, and outputs the results to the LCD display. The keypad came from a small numeric keyboard, which Shiura hacked to monitor the keyboard matrix directly. The Arduino connects to the screen via I2C. Power comes from a pair of AA batteries through a DC-to-DC converter. The result is a stunning calculator with all of the benefits of RPN.