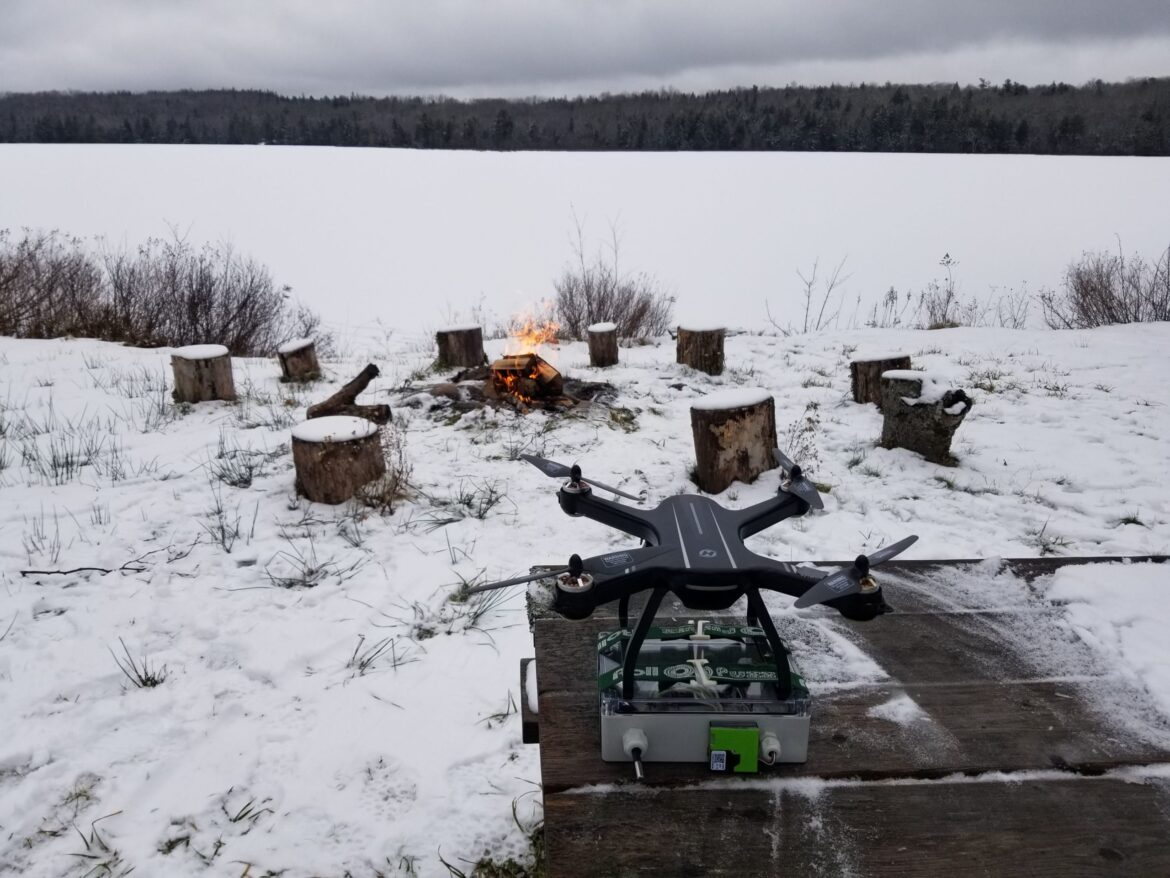 As wildfires continue to get more prevalent throughout the world, new methods are required in order to track not just their flames which destroy forests and buildings, but also the vast quantities of fine particulate matter that gets thrown into the sky from the smoke. Fine particulate matter that ranges between 2.5 and 10 microns (PM 2.5 and PM 10) can cause serious health problems for anyone who breathes them in, which is what inspired Grace McNally to create a monitoring system as part of element14’s Just Encase Design Challenge.

McNally’s idea for how to implement a tracking system is quite unique, as it involves placing a particulate matter-sensing package onto a GPS-enabled drone that can take measurements in 3D space to give a much better map of the smoke plume. At the core of the system is a MKR WAN 1300, which is connected to a Sensirion SPS30 PM module that can measure the amount of PM 1.0, 2.5, 4.0, and 10 in the air. Location is determined by a SAM-M8Q GNSS module, and two temperature sensors were included that give temperature readings for both inside and outside the box.

For the cases, McNally went with two Hammond enclosures. The first one is smaller and has a transparent top lid, which makes seeing the status LEDs much easier. The second, however, is completely opaque and houses a second Arduino MKR WAN 1300 that acts as a receiver for the telemetry.

To read more about this project, you can check out McNally’s build log on element14.