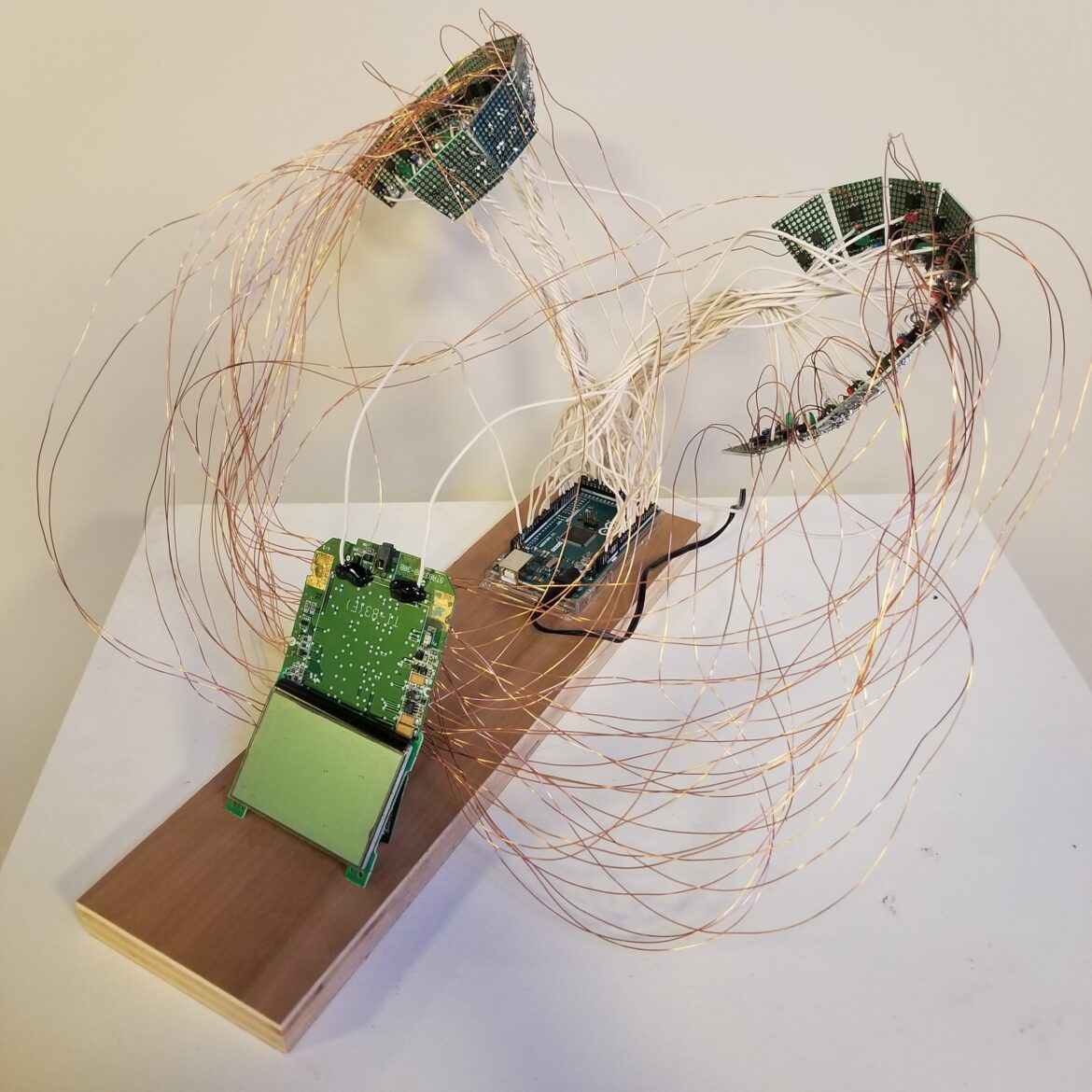 Moore’s Law and the rapid progression of technological development have one very serious downside: e-waste. Because so many electronic devices become obsolete within just a few years, the world ends up with literal mountains of discarded devices that no longer serve any practical purpose. Fortunately, humans value more than practicality. Eddie Farr proved that when he turned an old and broken TI-83 calculator into this interesting Tee Eye sculpture that tells a story.

If you were in school any time in the last 25 years, then you probably used a TI-83 calculator. For a while, it was the graphing calculator and updated versions are still sold today. A friend of Farr’s found this particular TI-83 while out on a run. It was covered in mud and completely non-functional. Most people would have ignored it or thrown it away, but Farr has vision and wanted to revive the calculator. After days of cleaning, he was able to make it turn on. But it still wasn’t completely functional, as only have the screen worked and several of the input keys were dead.

Farr’s solution was to repurpose the TI-83 as sculpture that displays poetry. He used an Arduino Mega 2560 and an absurd number of optocouplers to press the TI-83’s buttons. The Arduino sketch takes an input string (like a poem) and pushes the corresponding TI-83 button for each character in sequence. A slight delay between each button press makes the text input slow enough to read. In this way, viewers can watch as poems and stories appear on the TI-83’s screen.

The rest of Eddie’s work went into the chaotic —yet beautiful — sculpture. The TI-83’s PCB and the Arduino mount to a nice wood plank, with the wires and optocouplers suspended in the air between. It looks almost disorderly, but that fits well with the project.