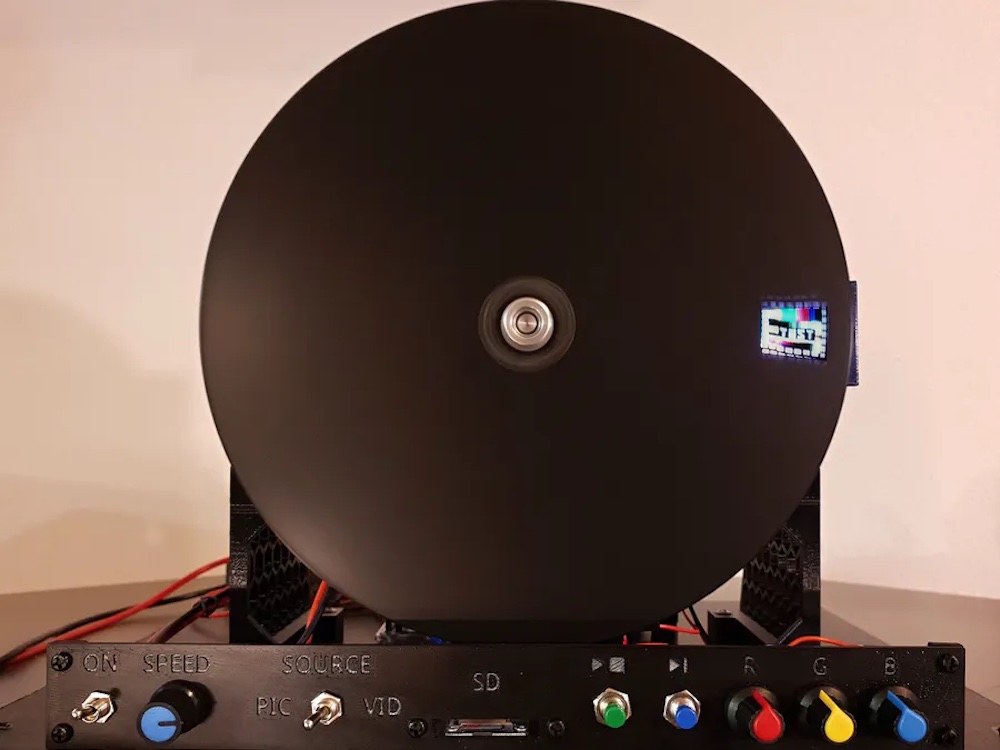 Nipkow displays are a special kind of persistence-of-vision device in that they use a spiral of tiny cutouts on a large spinning disk along with a single point of color generation to make an image. Maker Mac70 has come up with his own 3D-printed version, which integrates an Arduino Mega 2560 board, a fast motor, and sensors to create a machine that can show either static images or short animations — all with just one LED.

The base of the Nipkow display is a 12V DC motor that is able to spin the disk quickly enough so that each colored dot appears as one image. Synchronization was achieved by taking an infrared object sensor and pointing it towards the edge of the disk. A small reflective strip then signals to the Arduino that one rotation has been completed and the next frame can be drawn.

For high color accuracy and granularity, mac70 designed his own triple DAC solution, which takes in many GPIO inputs and produces three distinct analog levels that vary the intensity of the RGB LED. Finally, bitmap files are stored on the SD card and read by the Mega in sequential order.

More details on the project can be found in mac70’s write-up and you can see it in action below!

Open the door from your phone with a QR code! – Open Electronics