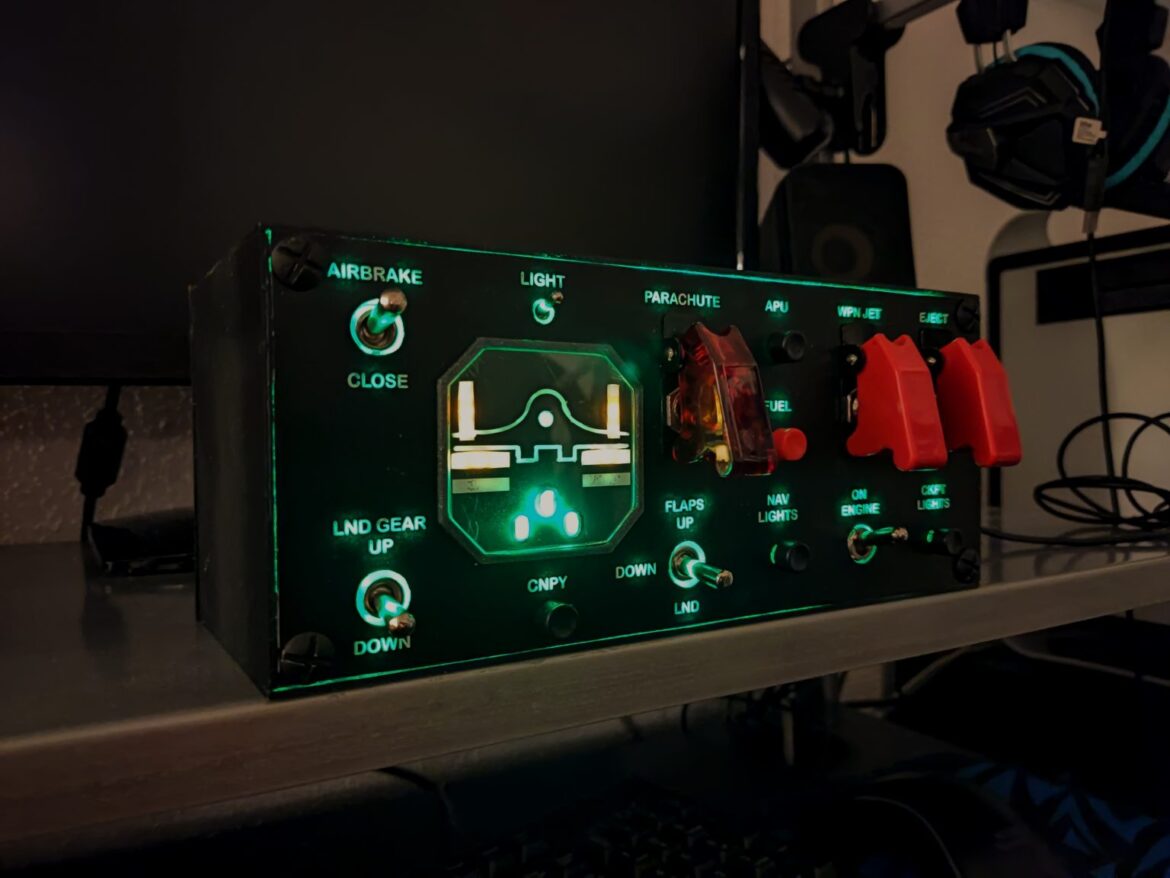 For years, Pedro Gonzalez Sanchez has enjoyed airplanes and flight simulators. However, coming back to the simulator after a long hiatus of not playing meant that he would often forget the controls which led to unwanted situations. As a solution, he came up with the idea to build the PGS-2 Flight Simulator Control Panel — a fully custom external controller for DCS World Su-25T that would house an array of buttons and switches in an easily accessible format.

The enclosure was fabricated from several sheets of white methacrylate plastic that were then painted black and attached together, thus forming a box. In order to provide backlighting for the labels and switches, the front panel was composed of three separate layers that allow light to pass through from the back. As for the electronics, nearly every switch only has two leads, of which one is connected to ground while the other is pulled up internally by an Arduino Leonardo board.

Programming the system was fairly straightforward. Whenever a switch/button is active, a function gets called that determines the exact pin and then sends a corresponding keypress over the USB HID protocol. Some lighting is controlled by an internal timer that sets flashing or color changing effects based on what was toggled.

For more information about the PGS-2, you can read Sanchez’ blog post here or watch the video below!