This Neutron Monitor Will Make Space Travel Safer – Electronics For You 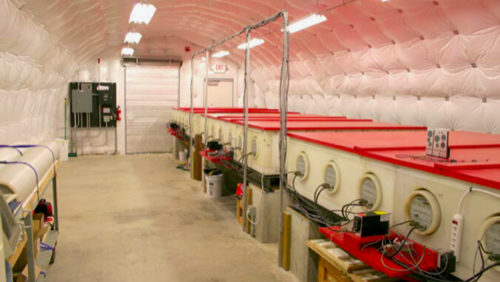 The National Science Foundation (NSF) has given a big boost to a project led by the University of Hawaii at Manoa to better predict and understand the weather in space.

The university has received $2.5 million funding, which will support a project to build a space weather station centre on the UH Manoa campus and deploy a neutron monitor on Maui. The solar energetic particles and solar neutron particles, which are the most powerful particles released by the Sun, will be measured in this study. These particles could endanger humans and cause serious failures in space electronics, such as satellites and the technologies utilised by Elon Musk’s SpaceX and Jeff Bezos’ Blue Origin in space travel.

This project will aid in the better monitoring of solar particles and the development of alert systems to increase our predictions of space weather risks, ensuring the safety of humans on space missions. The station and neutron monitor will take around three years to build, according to UH Manoa Associate Professor Veronica Bindi, the principal investigator on the project, and will be ready in time for our next “solar maximum,” which is projected in 2025 or 2026.

“Here on the ground, before doing an activity like hiking or surfing, you want to know about the weather. The same is with space mission planning,” said Bindi. “You want to know that the weather is going to be nice, which means that we are not going to have too many particles coming towards our astronauts, instruments and assets in space.”

According to Bindi, the spot atop Haleakal was chosen because the higher the monitor is above sea level, the more particles will be caught. The monitor will be one of 50 throughout the world, allowing it to reach more people in more places. On the UH Manoa campus, a data processing centre will be built to act as a hub for researchers to work and organise their data. They’ll combine data from Haleakal with energetic particle data from the International Space Station’s Alpha Magnetic Spectrometer, and present their findings to the public in real time.

Using the Force to open a door | Arduino Blog

CUI’s M12 Cable To Support 1Gbit Ethernet – Electronics For You

RMS Voltage Calculator – Electronics For You

Most Integrated BLE Solution To Feature GPU, PMU and VAD In A Single Chip...