This interactive art installation is a study in magnetism | Arduino Blog 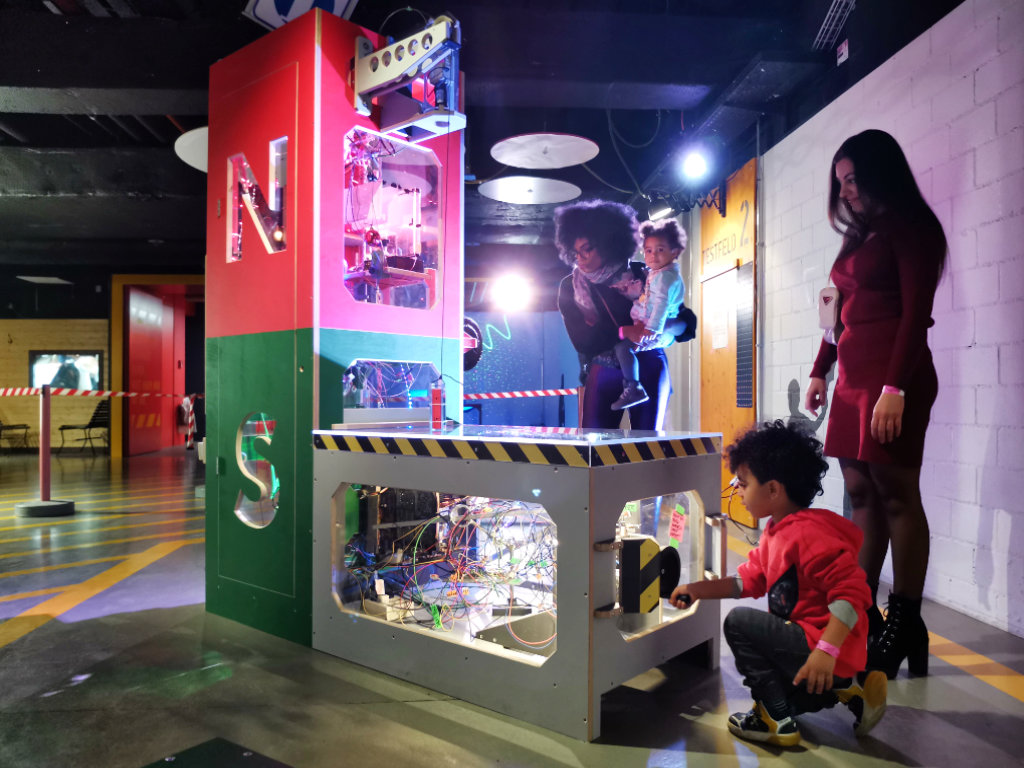 This interactive art installation is a study in magnetism

Art is inherently subjective and its meaning varies from one person to the next. But many pieces have widespread appeal as they tap into some emotion we all share. Interactive art pieces tend to stimulate our senses of curiosity and wonder. Niklas Roy’s “Visitors Magnet” installation harnesses the mystique of magnetism to provide that wonder.

Visitors Magnet contains far too many elements for us to cover here, but they all incorporate magnetic fields in some way or another. One element, for example, consists of a vintage CRT (cathode-ray tube) TV. When a visitor passes a strong magnet by the TV, the magnetic fields deflect the electron beam and cause interesting patterns to appear on the screen. Another element of the piece includes magnetic viewing film and a magnetic glove. It lets visitors see the magnetic fields created by the glove.

Roy provides detail about each element on his project page and we know that at least one of them uses an Arduino. That Arduino monitors a Hall effect sensor that outputs a voltage proportional to the strength of a nearby magnetic field. The Arduino uses that value to control the brightness, color, and animation of a strip of WS2812B individually addressable RGB LEDs. As visitors move a large magnet (the same one used for the CRT element) around the Hall effect sensor, they can see the results on the LED strip.

Roy displayed Vistors Magnet at the Technorama science center in Winterthur, Switzerland during a short residency.