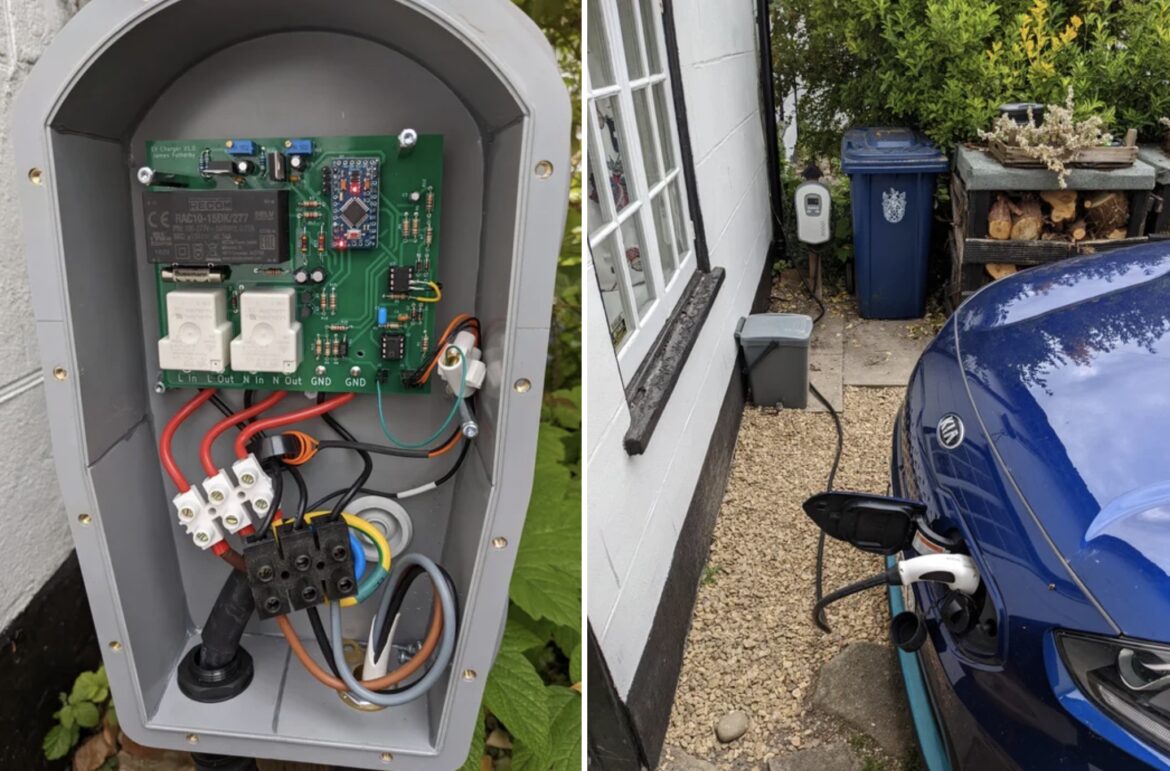 The rapid adoption of electric vehicles over the last decade has required the installation of additional infrastructure to support them, namely high-voltage chargers that can deliver enough current to the batteries for fast recharging. But due to their potentially high cost, James Fotherby decided to design and build his own 7.2kW charging solution that was simultaneously cheap, simple, and safe to operate.

For the safety component, Fotherby had to ensure that any potential fault, such as a loose wire coming into contact with the car, would be detected in time so that power could be cut immediately. His design incorporated a coil that measures the amount of current heading to the car and the amount returning. If the two values don’t match, then an alert is triggered, and the relay switches off the power. Controlling the relay was accomplished by integrating an Arduino, which receives 5V via a series of two step-down converters.

After creating and assembling a PCB, Fortherby found a “showroom” Zappi EV charger that lacked the internal electronics but still had a decent enclosure and connector. The system allows for an LED to indicate the current state of the charger, and the inclusion of a self-test circuit means that faults can be simulated and caught within 100ms to ensure safety.

To read more about Fortherby’s DIY charger, you can check out its write-up on Instructables here. And of course, because this project deals with high voltages and current, don’t attempt this on your own without the requisite experience.

Surface Mount High-CV Capacitors for Communication Infrastructures – Electronics For You