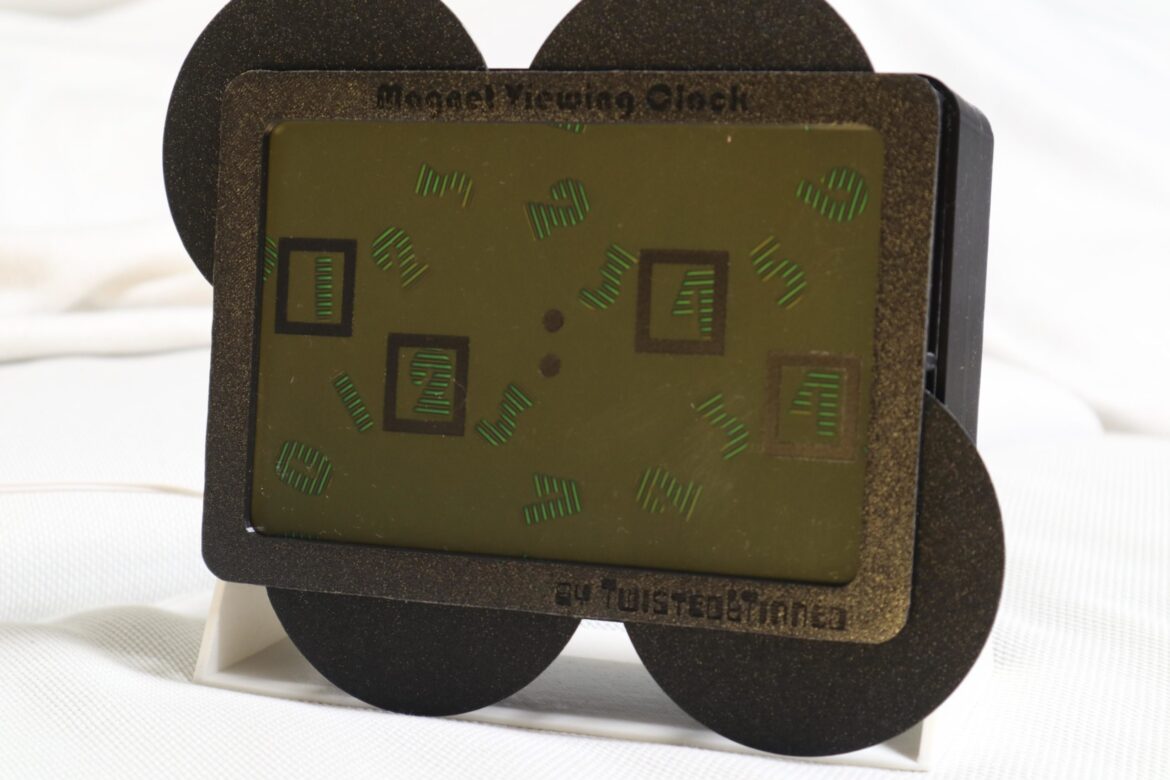 This clever clock displays the time in magnetic fields

You’ve probably seen videos of people moving magnets near iron dust, which results in the dust aligning itself to the patterns created by the magnetic fields. Magnetic viewing film works the same way, but with the dust in an oil suspension sitting in the gap between two sheets of transparent plastic. By moving that film over magnets, one can see the magnetic fields almost like they’re on an LCD panel. Moritz v. Sivers took advantage of that fact to build a clock that displays the time on magnetic viewing film.

Sivers did this by putting a small sheet of magnetic viewing film in a 3D-printed frame over four wheels. They arranged numbers around the circumference of those four wheels, a bit like an analog clock face. The numbers are made of magnetic foil, so their magnetic fields appear on the viewing film as the wheels rotate. Four boxes stenciled onto the viewing film indicate which numbers make up the current time, so reading this magnet clock is as easy as any digital clock.

Each of the four wheels has its own pancake-style stepper motor. An Arduino Uno board controls those motors through a CNC Shield outfitted with stepper drivers. The Arduino keeps track of the current time using a DS3231 real-time clock (RTC) module. For now, the user must manually set the zero position of each wheel each time they turn the clock on, but Sivers plans to add Hall-effect sensors soon to automate that process. The numbers are a little faint due to the weak magnetic fields produced by the foil, but are still completely readable.