This Andor-inspired droid moves like the real B2EMO | Arduino Blog 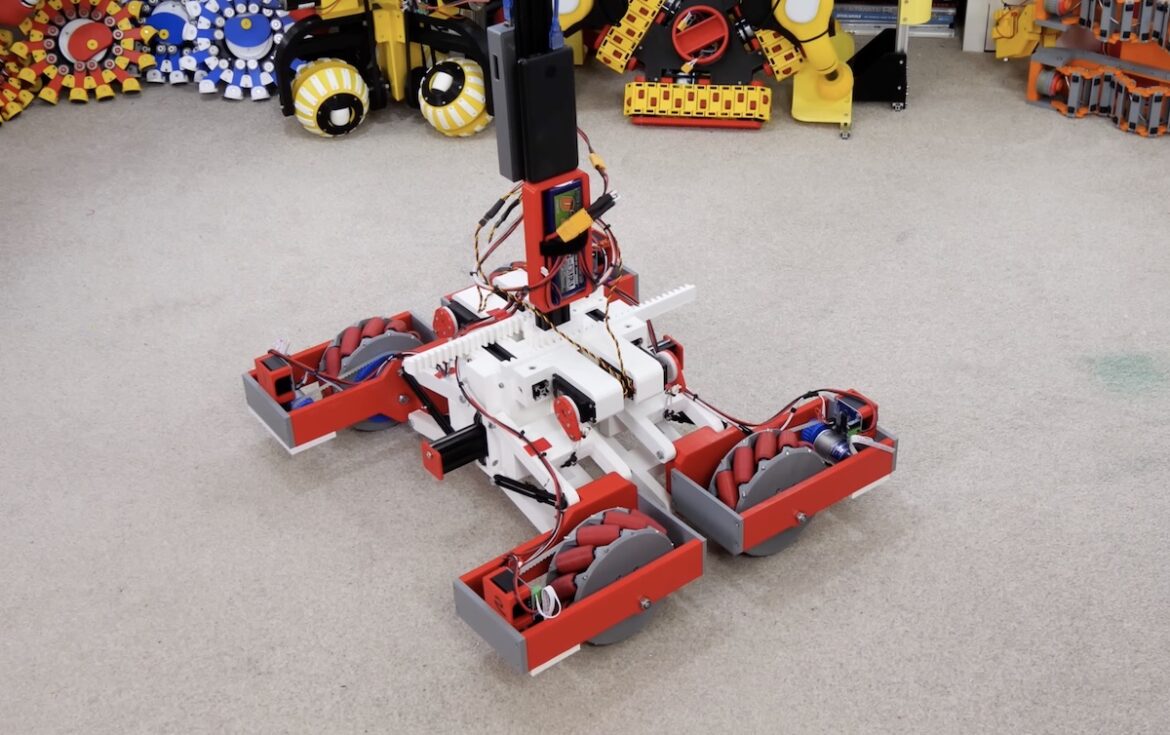 The new Andor TV show, set in the Star Wars universe prior to the events of Rogue One, is already a hit and a big part of that is thanks to the B2EMO droid. Like many of the other droids in the Star Wars franchise, B2EMO manages to be very expressive despite being cold, hard steel. It conveys emotions and expressions through complex movement, which James Bruton recreated when he built his B2EMO-inspired droid.

B2EMO looks like a conventional rover robot, but it is quite flexible. It can drive in any direction thanks to its omnidirectional wheels and also tilts, leans, and stretches, which makes it seem more like a beloved pet than a soulless robot. The Andor production team actually built a functional B2EMO for filming. Bruton put his own unique spin on the design to create a B2EMO replica that is affordable enough for a hobbyist to tackle.

An Arduino Mega 2560 board controls all of the robot’s motors and servos. It receives commands through an nRF24L01 radio transceiver module with signals coming from Bruton’s universal robot remote. Most of the robot’s structure is a combination of aluminum extrusion and 3D-printed parts. Four omniwheels driven by DC motors let it move in any direction, while several servo-actuated joints (and even an interesting rack-and-pinion linear expansion system) impart the complex movement. With those, it can lean in any direction and also expand its own wheel base.

As it stands, this robot moves like B2EMO but doesn’t look much like it. In follow-up videos, Bruton plans to work on the aesthetics and will hopefully end up with something very similar to the onscreen Andor droid.