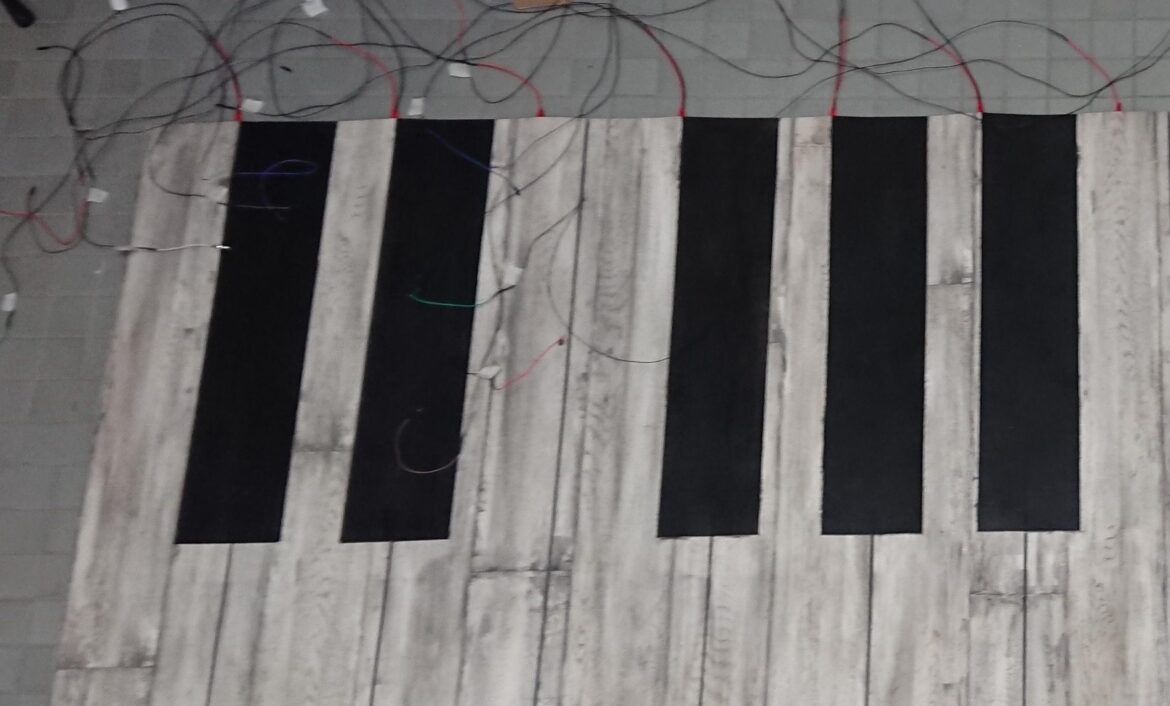 The typical piano consists of an array of keys that, when struck by a finger, cause a note to play either from a digital circuit or a vibrating string. But to change this design up a bit and introduce some additional fun, a team of students from the Marie Noel college in Joigny, France set out to create a larger version that could be played using feet instead of hands just like Tom Hanks in the 1988 classic film “Big.”

The aptly named Arduipiano is based around an Arduino Mega 2560 owing to its large number of GPIO pins. After cutting out piano “keys” from large sheets of aluminum foil, each piece was glued to a cardboard base and wired to the Mega via a single 4.7Mohm resistor on each receive pin. Pin 2 acts as the capacitive send pin, which lets the microcontroller measure the change in capacitance for every key in order to determine if it is currently being touched. At the end of each iteration of the main loop, all of the pressed keys are converted to notes and sent through a serial port to a MIDI receiver.

After placing the newly created piano on the ground and loading up a MIDI synthesizer application, the students were able to successfully play various notes, as seen in the video below. To read more about this project, you can check out its write-u[p here on Instructables.