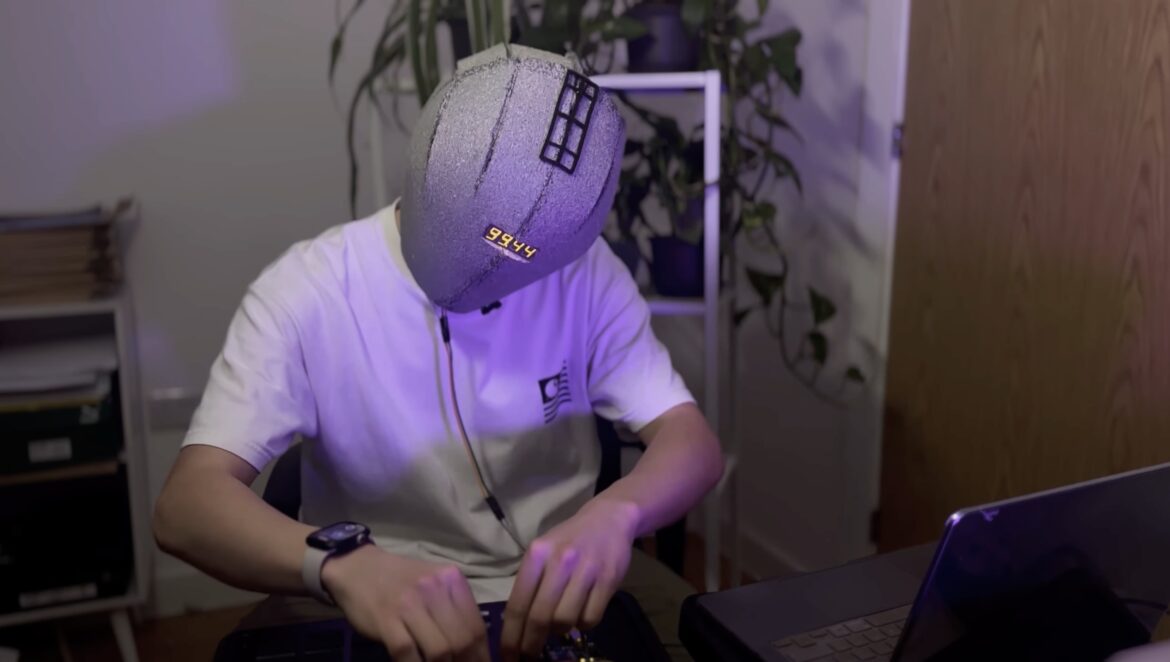 Take a moment to think about some of your favorite electronic music DJs. How many of them wear some sort of a helmet or mask? You can probably think of at least a few. For whatever reason, DJs like their privacy. Daniel Aagentah was tasked with making a sci-fi film prop helmet and decided to use it for DJing, too. The result is this cool sci-fi-themed, audio-reactive headpiece that incorporates an Arduino-controlled display.

Aagentah is part of a team working on an indie sci-fi movie being filmed in Manchester, England. He was assigned the job of constructing a helmet for a character costume and this is the result. He made the helmet out of every cosplayer’s favorite material: EVA foam sheet. That is a lightweight and strong material that is easy to cut and form. He carefully worked that EVA foam into a helmet shape, then gave it a coat of silver paint that we all know is synonymous with the future. The final touch was a seven-segment display mounted where the eyes should be.

An Arduino Uno board controls the four digits of that seven-segment display. It sets the digits according to MIDI notes coming from a connected computer running Ableton DJ software. Each MIDI note carries information on the corresponding digital instrument, which the Arduino uses to determine what numbers to show on the display. The result is a DJ helmet with a numerical readout that mirrors the music in real time, which also doubles as a prop for the sci-fi film.