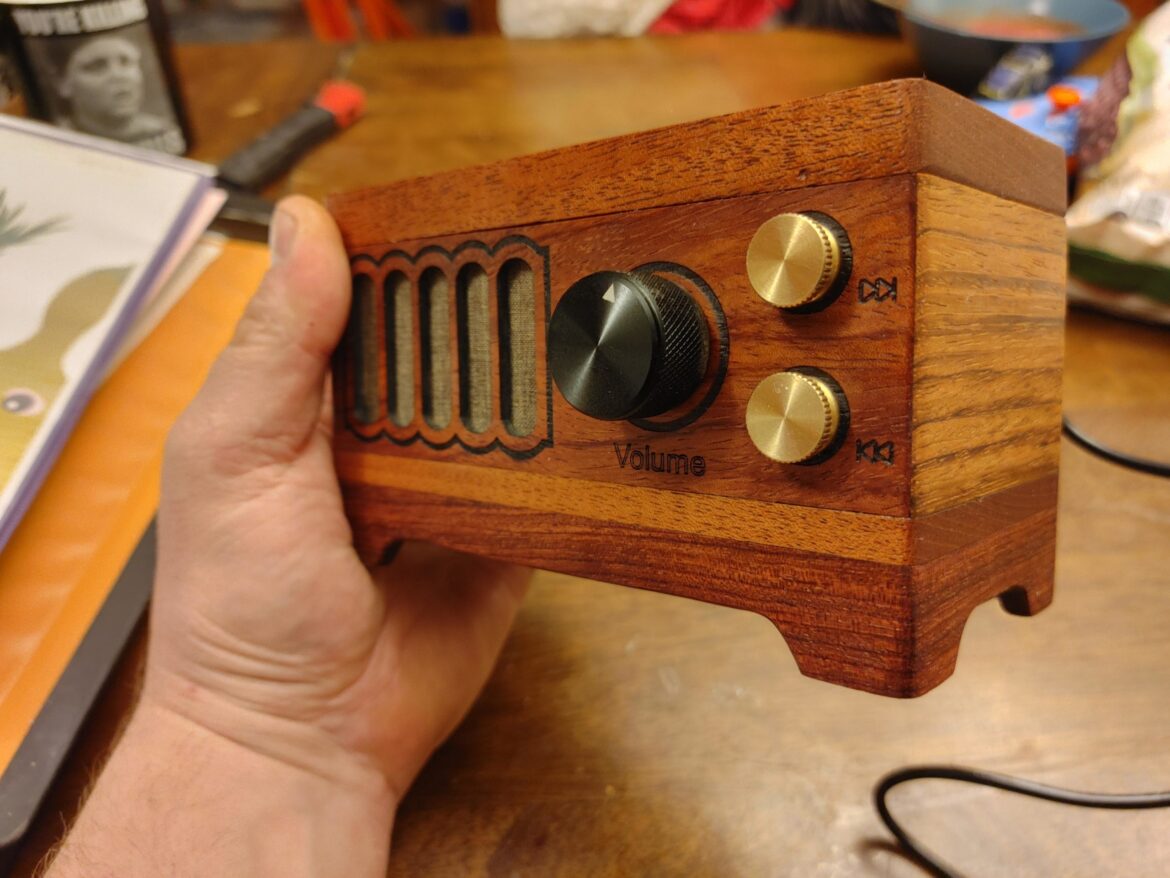 By every objective measure, with the possible exception of durability, today’s technology is superior to that of the past. That is certainly true of music players, with modern devices having the ability to stream almost every song ever recorded and the capability to do so with high fidelity. But old stuff looks cooler, which is why Redditor flatulentdisaster crafted this modern RFID music player that still delivers vintage charm.

One could be forgiven for assuming that this device is legitimately vintage, because the wood enclosure looks like something straight out of the mid-century. If you saw this sitting on your grandma’s shelf, you would think it had been there since the ’50s. But the electronics and functionality are all modern. Users select from one of several RFID cards, each with a cassette tape label associated with a specific playlist. When the user taps the RFID card on top of the wood music player, it starts the associated playlist.

Most similar projects utilize single-board computers, but this one is built around an Arduino Nano instead — demonstrating the power of this development board. It connects to both a DFRobot DFPlayer Mini MP3 player and an MFRC522 RFID reader. Each RFID card has a unique numerical identifier, which the Arduino reads through the MFRC522. It then uses that variable to select the proper music folder stored on an SD card. The DFPlayer Mini has a built-in DAC (Digital-to-Analog Converter) and amplifier, so it can pump the music out directly to a set of small speaker drivers.

Government is Promoting MSMEs in the Defence Sector – ELE Times