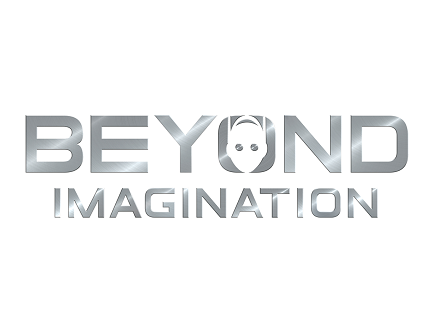 Beyond Imagination, Inc. is building humanoid robots to solve the world’s labor crisis by expanding access to jobs around the globe.

This week, the Beomni robot will appear at Explorers Club Headquarters and at the annual dinner on Saturday April 23rd in New York City. At the same time, across the country in Beverly Hills, CA, attendees at the Abundance360 Annual Summit will be able to remotely pilot the robot from 2,800 miles away.

Beomni is the world’s most sophisticated general-purpose humanoid robot, capable of performing an almost unlimited number of tasks. Beomni’s AI Brain learns from its human pilots and becomes increasingly autonomous over time.

Beomni will help solve the labor crisis by creating a global elastic labor force, lifting millions of people out of poverty by giving them access to jobs around the world. For example, the International Labour Organization (ILO) reports that “More than 2.3 million workers die every year as a result of occupational accidents or work-related diseases.” With Beomni, dangerous work will become completely safe because the robot will be the one taking the risks.

Elder Care is a $932B market today. We will help solve the elder crisis by enabling families to care for their own regardless of the distance between them and by multiplying the effectiveness of existing health care workers.

CEO and Founder Dr. Harry Kloor says, “We are thrilled to have been invited to demonstrate the advances we’ve made in Beomni’s development at the Explorers Club. Beomni will be a great vehicle for explorers on earth and beyond! We share the spirit of exploration and discovery that is the hallmark of the Explorers Club.”

Astronaut and Explorers Club President Richard Garriott adds, “For the last decade, I have been a power USER of early telepresence robotics devices, so I deeply appreciate the advancements in Beomni. We welcome the opportunity to showcase Dr. Kloor’s creation alongside other world-changing technologies at our event. Smart technologies like Beomni will play an important part in helping solve the challenges the world is facing. On Earth, in space and on planets beyond Earth, robots like Beomni will play an essential role!”

The robot will be on display all week at the Explorers Club headquarters so members can have an opportunity to pilot it. On Saturday, Beomni will move to The Glass House, where the annual dinner is being held. Beomni will be serving drinks and hors d’oeuvres at the reception, and at the afterparty guests will also have the opportunity to pilot the robot.

Meanwhile, across the country in Beverly Hills, a second Beyond Imagination team will be set up at the Abundance360 Annual Summit. From there, Beomni will be operated from coast to coast. Members in attendance at the A360 Summit will be able to perform tasks, pick up and examine objects and even shake someone’s hand across the country.

Abundance360 Founder, Peter Diamandis remarked, “Beyond Imagination dramatically changes the paradigm of how companies will provide services in the future, how and where you will receive healthcare, where you work and play.”