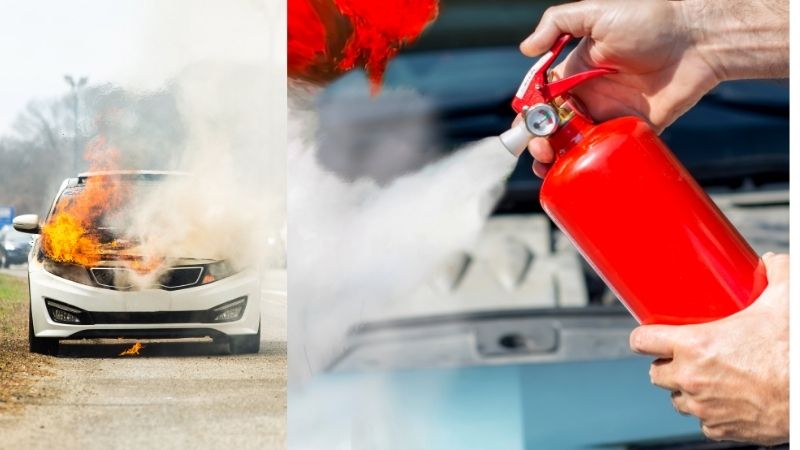 Established in 1972, Mumbai based Bharati Fire Engineers makes around 50,000 fire extinguishers per month, and specialises in making automotive fire extinguishers. The company has recently launched a lithium-ion battery fire extinguisher that claims to be India’s first. We caught up with CEO Jai Gosar to find out more:

How are lithium-ion battery fires different from regular automotive fires?

Lithium-ion battery thermal runaway occurs when a cell, or area within the cell, achieves elevated temperatures due to thermal failure, mechanical failure, internal/external short-circuiting, or electrochemical abuse. At elevated temperatures, exothermic decomposition of the cell materials begins. Eventually, the self-heating rate of the cell is greater than the rate at which heat can be dissipated to the surroundings, the cell temperature rises exponentially, and stability is ultimately lost. This loss of stability results in all remaining thermal and electrochemical energy being released to the surroundings. There is a rise in temperature which in return increases the current and the chain reaction continues.

This also results in the emission of more than 40 toxic gases which are extremely dangerous. These gases come out with extremely high pressure and with multiple explosions.

What are the main things to take care of while extinguishing an electric vehicle fire?

– The most important thing to take care of while trying to extinguish an Electric Vehicle fire is to use an extinguisher which is effective on Lithium-ion fires and apply it to the seat of the fire.

– Stay as far away as you can from the seat of the fire.

– Don’t inhale the gases that are emitted from the battery explosion.

– Immediately evacuate and isolate the vehicle.

The other way one can try to extinguish a battery fire in the absence of a Lithium-ion fire extinguisher is to use a lot of water and keep on applying it to the battery fire. A study shows that 1 lakh litre of water will be required to extinguish if a Nissan Leaf caught fire.

Tell us about your latest product designed to contain the battery fires.

Our FIREFITE LITHEX FIRE EXTINGUISHER is specially designed for Battery Fires and ISI marked as per IS 15683. It uses Aqueous Vermiculite Dispersion (AVD) fire extinguishing agent which is a new, revolutionary technology that uses fixed and portable delivery techniques to effectively combat lithium-ion battery fires. Patented by a UK based company we are the only company in India that has the manufacturing rights to their technology and sell it in India.

Please explain more about the composition and how does it work?

AVD is an aqueous dispersion of chemically exfoliated vermiculite. Vermiculite is the name given to a group of hydrated laminar aluminium-iron-magnesium silicates. It consists of thin, flat flakes containing microscopic layers of water.

– It is applied to lithium battery fires as a mist, extinguishing them and preventing the propagation of the fire.

– The vermiculite particles within the mist are deposited on the surface of the burning fuel to create a film over the top of the fire.

– The film instantly dries and, because the high aspect ratio platelet particles overlap and bind together, a non-flammable oxygen barrier between the fuel and the atmosphere is produced.

– This process has a cooling effect on the fuel source and, as the water content in AVD is evaporated, the vermiculite platelets begin to build up and the fire is brought under control.