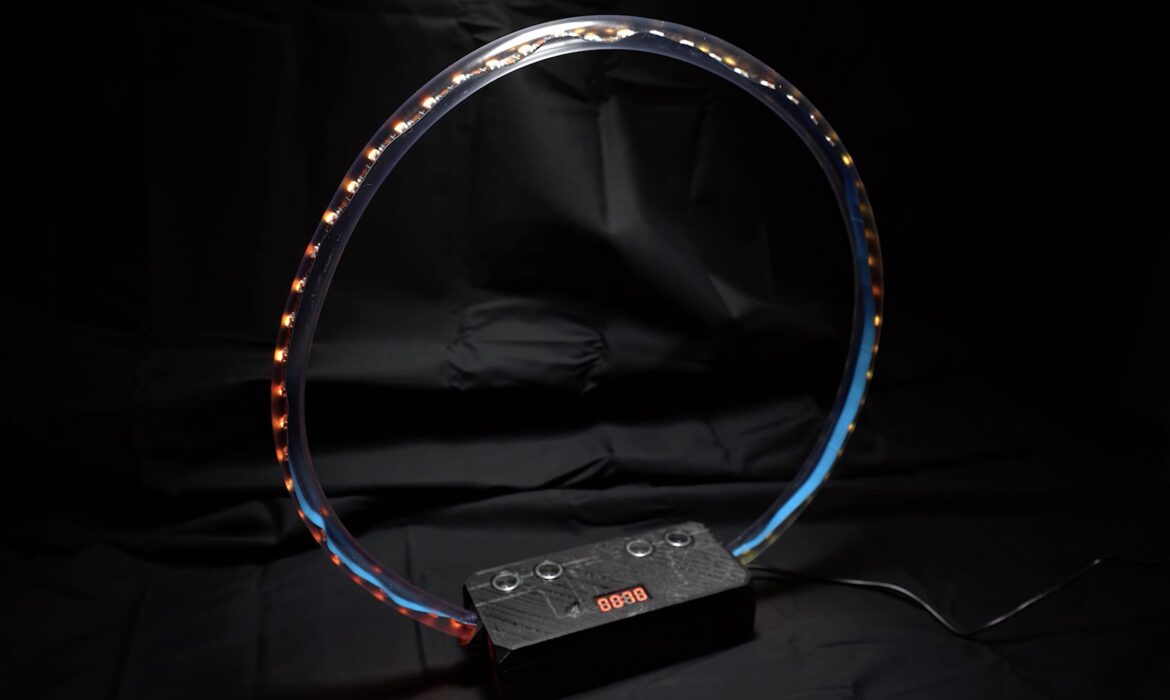 Drone racing is an increasingly popular hobby, especially as high-performance drones get more and more affordable. Racing drones can reach 200mph and a huge part of the skill set necessary for competition is the pilot’s ability to navigate through gates at high speed. Those gates mark check points on the course, a bit like the gates that slalom skiers go through. Drone racing gates can also track time, which is the case with this DIY micro FPV drone racing gate built by YouTuber ProfessorBoots.

This is an affordable gate meant for indoor micro FPV drone racing. It is big enough to accommodate some larger drones, but the pilot would have to have stellar finesse. For micro drones, it is perfect. The gate detects the presence of a passing drone and can time laps, recording each lap and allowing the pilot to see their best time. It also has a ring of LEDs for visibility. If desired, the user can program those LEDs to flash when a drone passes through.

The brain of the gate is a small and affordable Arduino Nano board. It detects passing drones using a pair of ultrasonic sensors. Many similar builds only use a single ultrasonic sensor, but ProfessorBoots added a second for reliable drone detection. The enclosure and ring are 3D-printable, with a strip of WS2812B individually addressable RGB LEDs running along the outer surface of the ring. A small four-digit, seven-segment display connects to the Arduino to display the time.