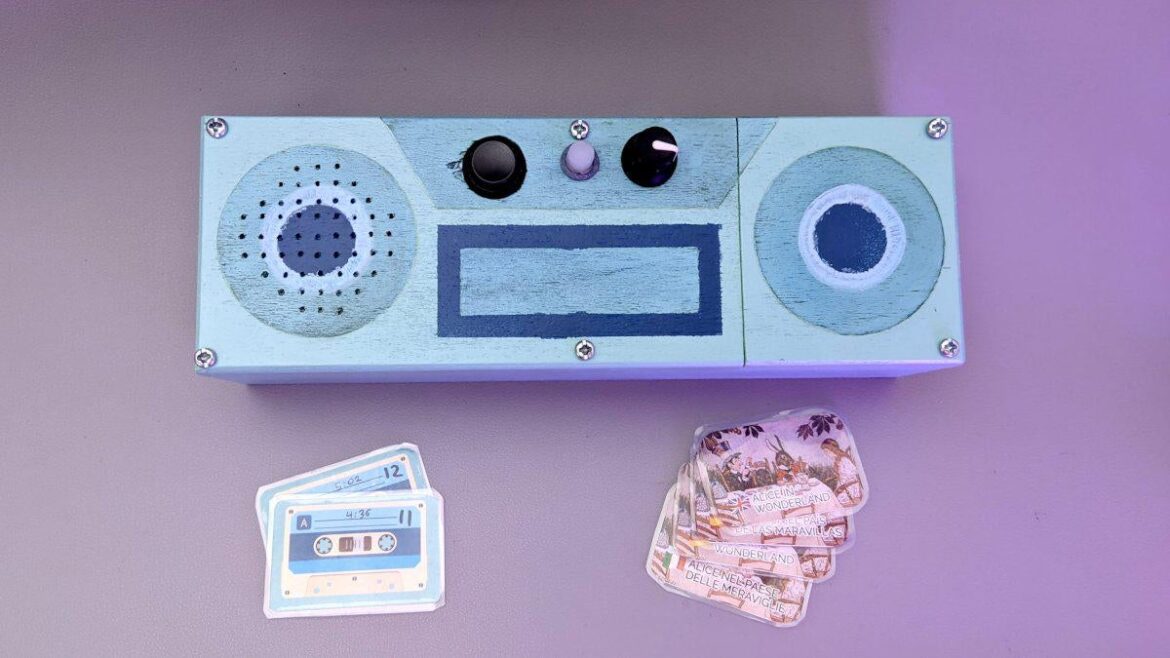 Grimmboy is an RFID music player designed for kids

Kids, like full-sized humans, love music. But most music players are designed for adult dexterity and user interface familiarity, which makes them difficult for young children to operate. For many parents, Amazon’s Alexa and similar services are the answer, as kids can simply ask a device to play the song they want. But to give them a less noisy way to play music and retain some control over what they can listen to, consider building the Grimmboy Arduino-based RFID music player for kids.

Because Grimmboy is for kids, the controls are as simple as possible. There is a pause/unpause button, a volume dial, and a status LED — that’s it. To select a song, album, playlist, recorded story, or any other audio file, the child simply taps one of the RFID cards to the device. The cards, which are laminated with nice cassette tape graphics, contain MiFare Ultralight C RFID tags that the parent can program with lists of four-digit track IDs. Grimmboy reads the card’s track ID list and starts playing the files with those IDs.

The three key components for this project are an Arduino Nano board, a DFPlayer Mini MP3 player module, and an MFRC522 RFID module. In addition, Grimmboy contains a TP4050 battery charger/booster module with an 18650 lithium battery. Any LED will work for the status light, the pause button is a standard momentary push button, and the volume dial is a 1K potentiometer. The DFPlayer Mini has a built-in SD card slot for song storage and so everything works offline without an internet connection. The demonstrated enclosure was made of wood, but parents can get creative with the project to make something suited to their own children.