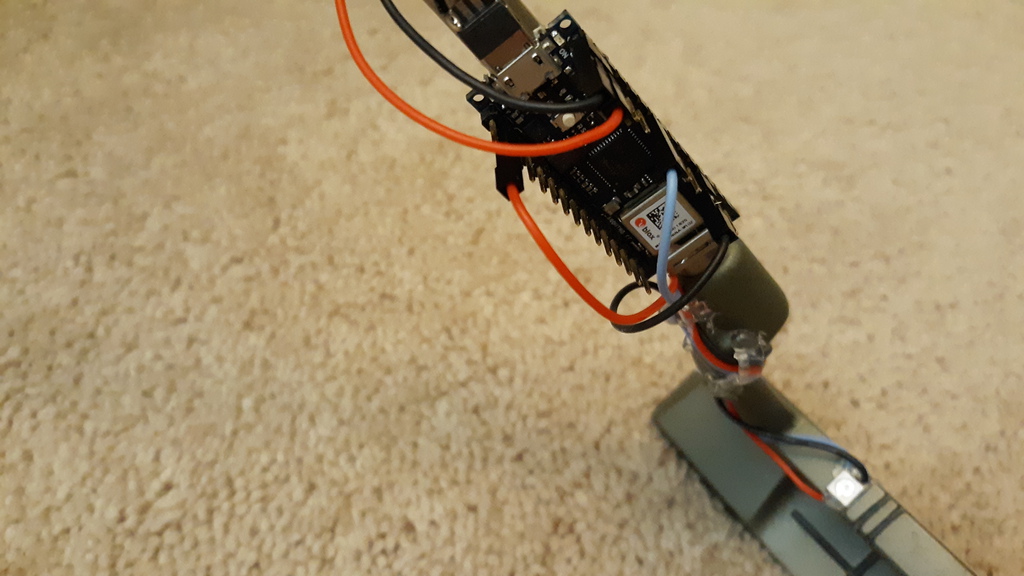 Fancy golfing simulators are excellent for learning the best techniques such as balance and how to hold a club properly. However, their large cost puts them out of the reach of most people, so Nick Bild decided to create a far cheaper alternative that can still be beneficial. His Golf Ace system relies on a specially modified putter that runs a machine learning algorithm to give feedback about the quality of the putt.

When the player is ready to begin using the club, they can press a button, after which the onboard accelerometer of a Nano 33 IoT begins recording the movements of the putter. He trained a K-means clustering anomaly detection algorithm with data from many correct motions in the Edge Impulse Studio, meaning that anything outside of the normal range can be recognized as a poor putt. From here, the model outputs if the recorded motion is close enough to correct, and if so lights up an RGB LED in green. Otherwise, the light turns red to signal poor technique.

In the future, Bild hopes to collect more data from proficient golfers in order to further refine his model and preload it into a club so that others can practice with high-quality putting data. Until then, you can read more about the project in his Hackster write-up.

A device that makes you stop touching your face – Open Electronics