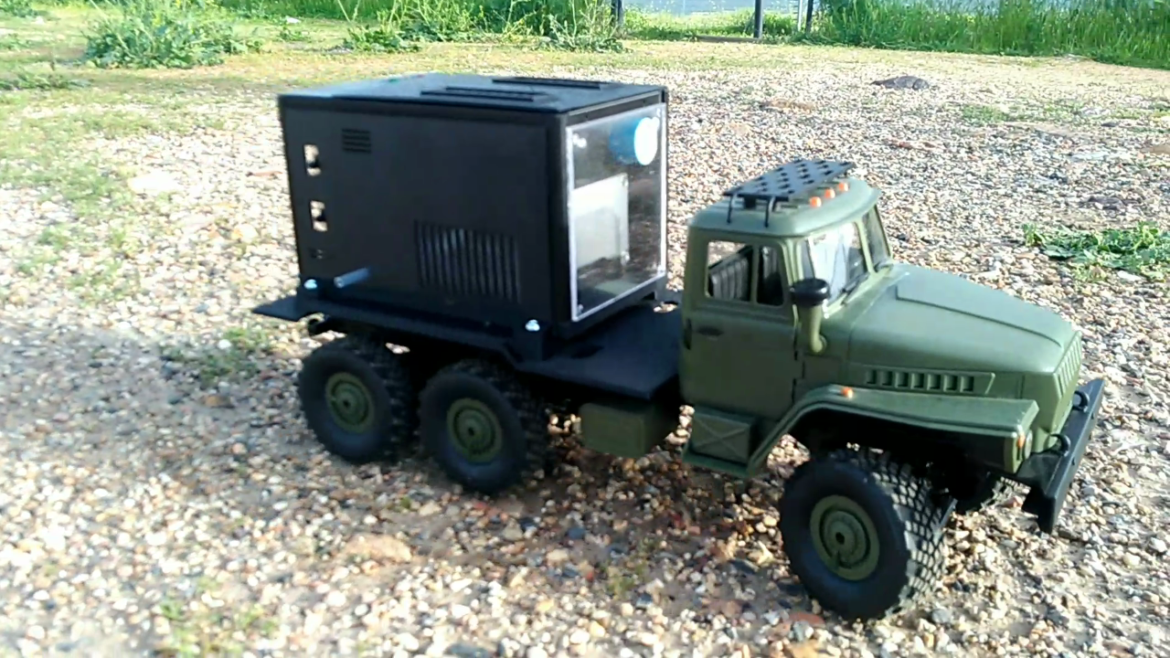 Vehicles powered by hydrogen fuel cells combine the benefits of battery-powered electric vehicles and internal combustion engines (ICEs). You get the environmental and performance benefits of electricity, with the same refueling convenience as you get with ICE vehicles. But for most of us, hydrogen fuel cells are still mysterious and unattainable. In reality, you can buy one right now. To demonstrate how practical they are, Alfonso Delgado Ollero built a miniature hydrogen fuel cell to power an RC truck.

Hydrogen combines with oxygen in the air to produce water. As it does, it also produces electricity and we can use that electricity to power devices and even vehicles. The only reasons hydrogen fuel cell vehicles aren’t common are that it takes a lot of energy to produce the hydrogen in the first place and the energy density is relatively low. Those practical concerns are relevant when talking about the future of the automotive industry, but they shouldn’t prevent makers from experimenting with hydrogen fuel cells. You can buy small hydrogen fuel cells, like the 12W unit used in this project, from online retailers for less than $700. You can also purchase cartridges of hydrogen or even make your own through electrolysis (read up on the safety precautions first).

While this project utilizes an off-the-shelf hydrogen fuel cell, it still needed something to control the operation and power output. An Arduino Nano board monitors the operating voltage and shuts the system down if it is running too long or in an open circuit. It also activates a pump when necessary to purge the water that accumulates as the hydrogen bonds with oxygen. To stabilize the voltage output from the hydrogen fuel cell, a DC-to-DC buck converter feeds electricity at a constant voltage to lithium-ion battery cells. Those act like capacitors to account for peaks in power demand that exceed the output of the hydrogen fuel cell.

Ollero mounted all of those components inside of a box that attaches onto the bed of an RC truck. The power output wires attach to the RC truck’s standard battery input. This worked well and the RC truck drove around without any issues. But the RC truck is just a demonstration and this hydrogen fuel cell setup could be useful for many other applications.