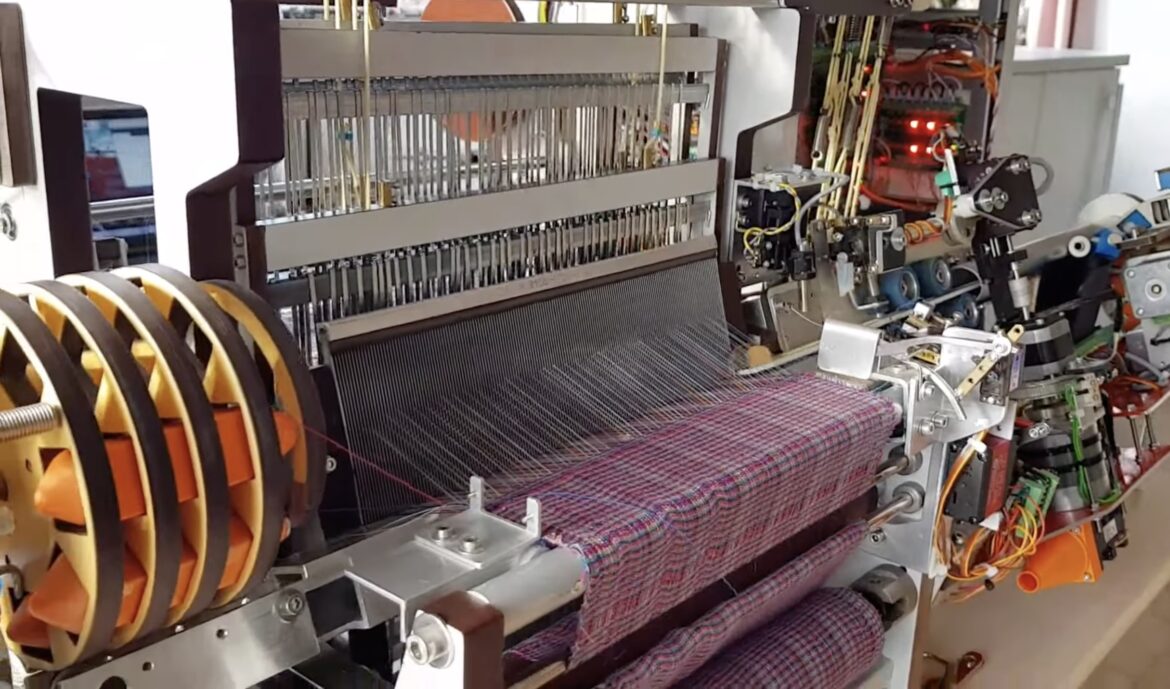 Automated weaving machines are one of the most important (and underappreciated) advancements to come from the industrial revolution. Prior to their invention, most people only owned a few garments that were woven and maintained by the family. With the introduction of machines able to churn out textiles, affordable clothing suddenly became available. As an expert in the industry, Roger de Meester was able to construct a fully automated weaving machine controlled by Arduino boards.

Unlike the early weaving machines of the industrial revolution that could only produce patterns inherent to their construction, de Meester’s desktop weaving machine utilizes sophisticated computer control to produce a huge range of patterns on demand. A new pattern can be completely different from the preceding pattern and the machine can even adjust the pattern on-the-fly during the weaving process, meaning it can create rich tapestries.

This machine is incredibly complex, as it doesn’t rely on any mechanical coupling. That means that every facet of the machine’s operation is adjustable via a stepper motor, DC motor, or servo motor. There are a lot of motors to drive, so de Meester needed multiple Arduino boards: an Arduino Mega 2560 and two Arduino Nanos. The mechanical components are 3D-printed (like the shuttles) or made from aluminum extrusion and wood (like the frame).

None of our descriptions can give this project justice, so be sure to watch the video to see de Meester’s machine in action.