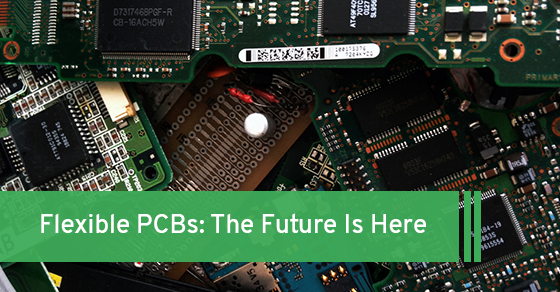 By introducing the PCB to connect multiple components of a single circuit or connecting a circuit to several electronic devices, PCBs have given rise to a revolution in the way circuits are connected.

Because of the flexibility, compactness, and high density of electrical connections, flexible PCB-based solutions have the advantage of reducing space, weight, and costs significantly compared to equivalent solutions.

In several applications, flexible printed circuits have replaced traditional wiring techniques, most of which had previously been performed manually. This has allowed wiring costs to be reduced by up to 70 percent.

One of the most important elements of an FPC is the flexible film with thin layers of conductive materials. This replaces traditional cables and allows electronic components to be directly attached to the device with solder or conductive adhesive.

A flexible PCB can be divided into a single-layer, double-layer, or multi-layer circuit, as is the case for rigid PCBs. The single-layer flexible printed circuit consists of the following components:

As FPCs are flexible, they can be bent, thus giving the application designer and user greater freedom in design and usage. Additionally, flexible circuits can be applied to spaces with odd shapes, which is a feature not supported by rigid circuits.

Flexible circuits have the advantage of taking up less space on the motherboard, which reduces the weight. Utilizing the available space efficiently is also beneficial in terms of thermal management, which reduces waste heat generation.

Compared to rigid PCB boards, a flexible printed circuit has also been found to have greater reliability and longer-lasting performance, particularly in applications where the circuits are exposed to continuous vibrations and mechanical stresses.

Flexible printed circuits replace traditional methods of interconnection, such as soldered connections and connectors that were hand-wired.

Consider, as an example, the wiring of multiple electronic devices in the automotive industry, including dashboards, displays, and man-machine interfaces, such as rotary controls, buttons, and so forth.

The constant mechanical stress and vibration of the vehicle, accompanied by continuous mechanical stress, necessitates the reliable connection of all these devices in all operating conditions.

Even though the FPC technology has a number of significant and valuable advantages, it still has some drawbacks as well.

A major disadvantage of FPCs, compared to traditional rigid PCBs, is their high one-time cost for all users. Due to the nature of flexible circuit designs for very specific applications, the initial costs associated with their design are higher than for rigid PCBs.

Choosing between types of PCB according to cost is a concern in the process of making a choice. FPC technology should be used only in order to set product volumes that are not too low.

Reworking the PCB can prove challenging due to the difficulty in repairing or modifying it. The protective film that wraps the circuit must be removed first. Next, the intervention can be performed, and then the protection can be restored.

Due to flexible PCB technology’s relative newness, not all manufacturers are prepared to provide their customers with this type of product. In addition, extreme care must be taken during the assembly phase, as the circuit could easily be damaged if it is handled incorrectly or if unauthorized personnel are involved.

It goes without saying that flexible printed circuits are in use in many parts of our daily lives, such as our smartphones, tablets, cameras, printers, and laptops, to name a few.

In fact, they can even be installed inside the human body itself, which has made them a fundamental component of many medical devices such as pacemakers, cochlear implants, and defibrillators.

Over the past few years, there has been a substantial rise in the FPC industry, driven largely by the spread of wearable computer products and electro-medical devices that are becoming increasingly small and lighter.

Flexible PCBs can often be used in many applications to eliminate the need (and the cost) for connectors and cables.

This improves the relationship between the device and the connector and decreases surface mount assembly time, assembly costs, and overall device dimensions.

As a result of these advantages, we can conclude that rigid PCBs have not been capable of implementing many new and exciting applications compared to flexible PCBs.

A flexible PCB is an ideal solution for some applications. In contrast, for others, it is dependent on the results of the cost-benefit analysis applied during the preliminary stage of the design.

Therefore, it is important to evaluate carefully during the design phase both the advantages and disadvantages derived from using a flexible PCB over a rigid one.

For some applications, a flexible PCB is mandatory, whereas, for others, it depends on the cost-benefits analysis results.

Sustainability in Tech: 6 Trends to Watch Out For | Circuits Central