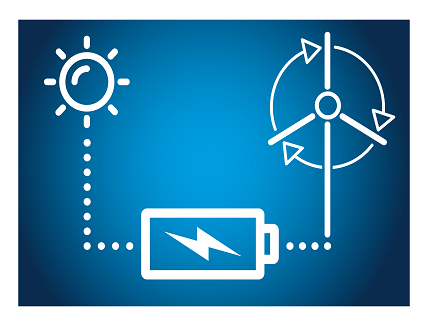 The article looks at existing and newer energy harvesting techniques that can recharge a battery for devices used in IoT devices in remote locations.

The number of potential applications for the IoT grows daily thanks to development in technology like low-power microcontrollers and edge-based machine learning. In addition, low power wide area networks (LPWANs) allow sensors to transmit readings from remote locations on a regular basis without the requirement for a fixed power supply. In combination, these are overcoming the challenges to deploying the IoT in applications like smart agriculture. For example, it is now easy and relatively inexpensive to install battery-powered soil moisture and pH sensors even in fields where power and wireless network connectivity are not available.

The battery capacity of IoT devices deployed in smart cities and in smart agriculture determines the duration a device can operate for and is largely determined by the rate at which it consumes power. Changing the batteries of devices in remote locations is very costly relative to the price of the batteries themselves and therefore becomes untenable if it must be done more than once every six months.

To prolong battery life, it makes sense to put a sensor’s microcontroller and wireless transceiver into a deep sleep mode whenever the device is not operating, which, for these types of sensors is most of the time. For many of these sensors, readings do not vary significantly over short durations, so one reading every 30 minutes is sufficient to capture root-depth soil moisture levels. For example, every cycle, the IoT device’s microcontroller is powered up, receives a moisture reading from the sensor, and then prepares the data for transmission. The transceiver then initiates a link to the LPWAN and transmits the data. Once receipt of the data packet is confirmed, both the transceiver and microcontroller both return to deep sleep mode. The power consumption of the device increases from the low microamp current range in sleep mode to the order of several hundred milliamps when making and transmitting a reading. While a clever approach to power management can help to conserve battery life, ultimately it will require recharging or replacing.

While using rechargeable battery appears to make sense, a question arises about the best way to maintain the charge. Solar panels are regularly used to charge outdoor devices, but it is not the only method available to gather energy from the external environment. The amount of energy required to float charge a small capacity battery in a low power IoT sensor is not significant. The size of a battery is also determined by its capacity, so there are benefits to be derived from keeping it small. Newer energy harvesting techniques that can capture and store milliwatts and microwatts of energy are beginning to emerge as viable alternatives.

Solar: Already commonly used as a source of energy for many outdoor applications. it can now be used for indoor ambient light harvesting. However, since the energy harvested indoors varies depending on the type and availability of light sources and their location, it captures less power and is less predictable than outdoor solar harvesting

Mechanical Vibration: Research has revealed that energy can be harvested from mechanical movement in different ways. Movement can be irregular, like people walking over a bridge, or regular, such as the vibration of the casing surrounding a motor. Energy sensors include a piezoelectric element that converts mechanical vibration into electrical energy using the electromagnetic effect that occurs naturally when a coil passes through a magnetic field. Another method uses an electrostatic capacitive induction but the former method appears to be the more viable of the two.

Wind and Water: These convert kinetic energy from wind or water flow into electrical power using a small turbine to generate electricity. However, these harvesting approaches are large, and the danger posed by the spinning blades of a wind turbine is a concern. Despite these practical limitations the amount of energy that can be harvested is more than sufficient to power small IoT sensors.

Radio Frequencies: Harvesting electromagnetic RF energy is a relatively recent development. Given the wide application of wireless data and voice connections, together with many terrestrial broadcast radio and television stations continuously broadcasting, having the ability to harvest energy from a wide radio spectrum would be very appealing. The available power depends on location, frequency, and suitable signals, but some semiconductor manufacturers are targeting this niche market and have working ICs already available. Experiments on harvesting energy from ISM, Wi-Fi, and cellular frequencies are also beginning to show promising results.

Harvesting The Energy Around Us

Providing a reliable power source for the proliferation of IoT devices is a priority. Using a rechargeable battery replenished by harvesting energy from the environment offers a practical solution. In some applications, the battery can eventually be combined with (or even replaced) by a supercapacitor. When used in combination, this approach could satisfy the peak energy drawn when the wireless data link is being established and data is transmitted. Several semiconductor manufacturers now have a portfolio of high-efficiency power management, and DC/DC converter ICs which they have optimised to harvest energy from different sources including solar, piezo, and thermocouples.

If you would like to learn more about Energy Harvesting, please visit: https://resources.mouser.com/energy-harvesting