Electric technologies and alternate fuels – all have a role to play in India’s mobility future: Vikram Gulati, Toyota Kirloskar • EVreporter 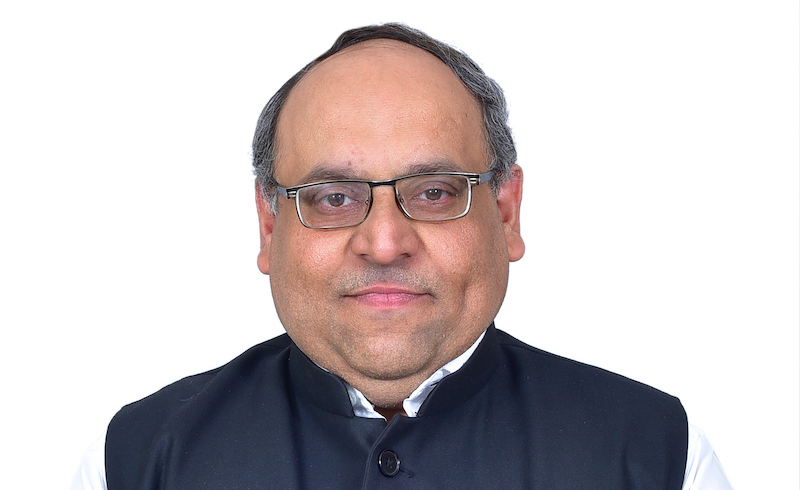 Team EVreporter had an interaction with Mr Vikram Gulati, Executive Vice President of Toyota Kirloskar Motor. The focus of this discussion is India’s electrification journey, especially in the personal vehicle segment and the part TKM aims to play in this journey.

Let’s start with the pilot that Toyota Kirloskar and ICAT are running to evaluate Toyota Mirai for India’s driving conditions. Could you tell us more about this pilot?

As a part of our constant endeavour to evaluate all possible technologies that can help us move towards a more sustainable and cleaner future, we’ve undertaken this activity with ICAT where we are evaluating how this hydrogen-powered vehicle works in Indian conditions. We are very confident that it will be well suited as Mirai has already been commercially sold in many countries with varying extreme temperature conditions.

But there is no current infrastructure for fuelling a hydrogen run vehicle. Who will be the target buyers for this vehicle?

If you look at it in terms of why we’re introducing this vehicle for testing, you have to basically look at the Toyota philosophy. Our philosophy is to work for a sustainable future. In 2015, Toyota globally took an environmental challenge to achieve net-zero carbon footprint by 2050 well before anybody was talking about net-zero.

It’s not just about vehicles, it’s about creating a hydrogen society which is truly renewable. You can link renewable energy to generate green hydrogen. And this green hydrogen can be used not only for transportation but also for difficult to decarbonize sectors, such as steel, cement and fertilizers.

The fuel cell stack that sits in the Mirai can be used for storing electricity generated from renewable energy. The same stack can be used in a train or a ship or a truck and many of these applications are already live. The same stack is also going to be provided to a space agency in Japan for use in a lunar module. So, it’s really about our bit to try and create a society that is more in harmony with nature.

Coming back to mobility applications, can you share what are Toyota Kirloskar’s plans to introduce electric vehicles in India? Are you going to focus on plug-in hybrids first, or do you have plans to launch a BEV soon?

We were amongst the first companies to launch an electric vehicle globally. It was way back in mid-1990s, along with GM. At that time EVs faced much stiffer challenges. Hence, hybrid technology was invented, followed by a host of technologies like plug-in hybrid and subsequently the Mirai. All these technologies are very similarly placed and we consider strong hybrid as the mother technology. The electric powertrain is common across all these technologies. The difference is that you are increasing the quantum of the components like batteries or motors, depending upon how you are balancing the energy.

Coming back to your question about when are we going to launch BEVs, we have all the technologies globally, and we are in a position to introduce any one of these. From a technology standpoint, it’s not an issue.

What we really look at is the basic reason why the shift is happening, which is to speed up the shift away from fossil fuel-based transportation and reduce carbon emissions. If you look at these objectives, there are two key factors to consider:

– What is the local energy mix?

– What technology can the consumer accept in the least painful manner and how developed the supporting ecosystem is?

Let’s say a certain technology mix may be relevant in a country like Norway which has a high per capita income. Energy is predominantly renewable as they generate huge amounts of hydroelectricity, and the entire infrastructure is set up for supporting a pure BEV ecosystem. But when you consider countries that are still predominantly coal-based, have a more price-sensitive consumer base and a supporting ecosystem underworks, we believe that a host of technologies need to be propagated including battery-electric, strong hybrid and in future, hydrogen vehicles.

Particularly for the Indian market, what is the right way to transition from fossil fuel to EVs in your opinion? Which technologies do you think will find more acceptance?

Consumer is the most critical stakeholder, and their acceptance is most important. If you look at three-wheelers, it’s definitely much easier to electrify and BEV becomes the technology to go to. But if you look at the larger formats, dynamics are much more complex. The key is to use all technology formats which enable us to reduce fossil fuel consumption. And with the evolution of the ecosystem, the mix of the prevalent technologies would evolve as well. But at the moment, we strongly believe that not only the full family of electric powertrain technology but also alternate fuels such as ethanol and CNG have a role to play.

I wouldn’t put it in such a negative connotation. As you move along the timeline, the context will change, and the ecosystem will develop. The real issue right now is we can’t wait for the ecosystem to come up, we can’t wait for prices to go down to a level where consumer acceptance in terms of upfront Capex is not an issue anymore.

So, what we have to do right away is focus on whatever helps us achieve our national objectives. Even with the aspirational goal of 30% EV penetration by 2030, which many people are questioning, 70% is going to be non-BEV, especially in the four-wheeler segment. Do we want that 70% to be just gasoline and diesel or do we want it to be technologies like strong hybrid, which would reduce fossil fuel consumption by 50%, and cleaner than gasoline/diesel technologies like flexi fueled vehicles or CNG etc?

What learnings have you drawn from your experience with selling xEVs and Mirai in other markets that you are looking to apply when you electrify your Indian offerings?

1. The first learning is that all of these technologies are complementary. They have their strengths, weaknesses and areas of maximum utility. A BEV is practicable for short intracity distances with small loads. For larger format vehicles with very high payloads and longer-range requirements, technologies like plug-in hybrids or hydrogen become more practical. It’s going to be a multi-technology future.

2. Second, we have to leverage the complementary nature of these technologies.

Today if we shift to electric vehicles by importing the key components, and just assemble and sell in India, it is not going to be sustainable. In order to Make in India and with higher value capture, you need significantly higher demand than today to get viability around investments and to attract those investments. And one way to do that is to accumulate the demand from all of these technologies. Assimilation of demand across all technologies can help Toyota to create an ecosystem of local manufacturing in a much faster way. That’s the approach everybody took, including China, the Europeans and now, Southeast Asian countries. You must proportionately support all of these technologies, so they become much more attractive than traditional ICE technologies.

In terms of your India offerings, what can we expect in terms of eMobility offerings from Toyota Kirloskar?

I can’t go into the specifics in terms of either a product or the technology mix. Our aspiration is to move towards mass electrification, not niche electrification. Huge numbers of vehicles are entering the mass market. We aspire to electrify them with a true sense of Make in India and do it through deep localization. Our second philosophy is whatever targets we keep for electrification should be practicable and centered around clear factors of consumer acceptance and local energy mix. That way, the shift to a cleaner future will be more sustainable.