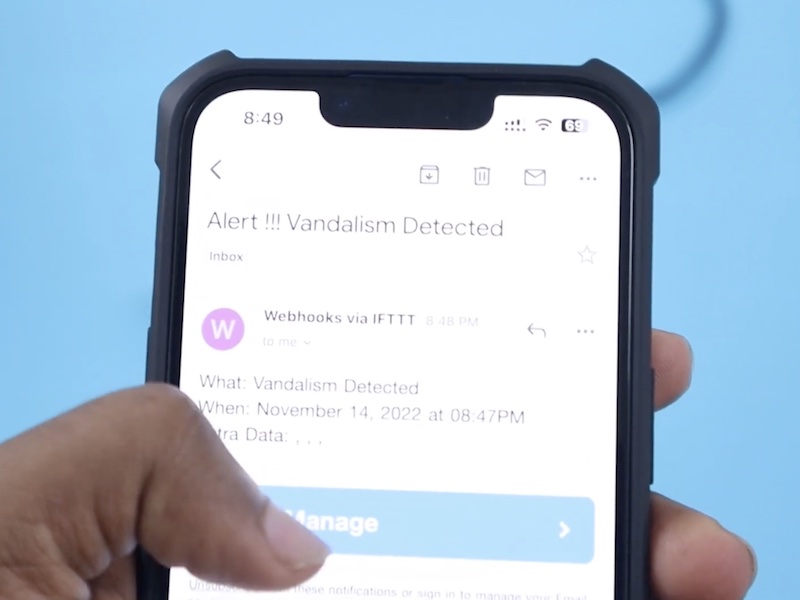 Having something broken into and/or destroyed is an act that most people hope to avoid altogether or at least catch the perpetrator in the act when it does occur. And as Nekhil R. notes in his project write-up, traditional deterrence/detection methods often fail, meaning that a newer type of solution was necessary.

Unlike other glass breaking sensors, Nekhil’s project relies on a single, inexpensive Arduino Nano 33 BLE Sense and its onboard digital microphone to record audio, classify it, and then alert a property owner over WiFi via an ESP8266-01 board. The dataset used to train the machine learning model came from two sources: the Microsoft Scalable Noisy Speech Dataset for background noise, and breaking glass recorded on the device itself. Both of these were added to an Edge Impulse project via the Studio and split into two-second samples before being processed by a Mel-filterbank Energy (MFE) algorithm.

The resulting model, trained using 200 training cycles and slight noise additions, resulted in an impressive 92% accuracy, with some glass breaking samples being misclassified as mere noise. This was then exported to the Nano 33 BLE Sense as a library for use in a sketch that continually classifies incoming sounds and sends an email with the help of IFTTT if breaking glass is detected.

You can watch Nekhil’s demo video below and read more about this project here on the Edge Impulse blog.