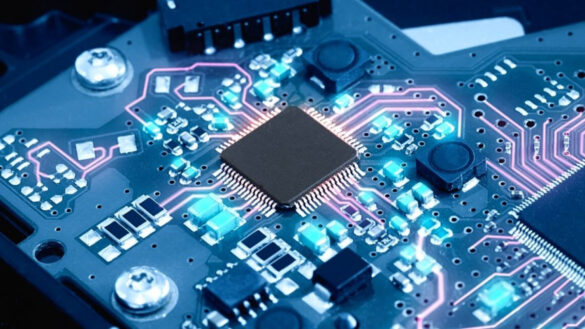 The pandemic kick-started the global chip shortage and its momentous effects- lockdowns, supply-chain disruptions, geopolitical uncertainties- fueled it. And, consequently, the world was right in the middle of chip shortages, unprecedented lead times from analog suppliers and huge price increases.

Impacts from this sustained demand are primarily being felt at wafer foundries. Wafer starts are the main constraint within the chip supply chain. Even the world’s largest chip maker, TSMC — which controls 28% of global semiconductor manufacturing capacity — is experiencing ongoing shortages. To ramp up chip production, manufacturers including Texas Instruments, Intel and TSMC are investing billions of dollars into the construction of new fabs.

The extended mismatch between the demand and the supply is propelling the lead time even longer. As of December 2021, lead times for most semiconductors — regardless of the type — are running 40 weeks or more. There is a substantial hold back shorter than 28 weeks, but most are far longer. For certain microcontroller and FPGA families, customers are reporting average lead times of 52 weeks.

The automotive industry has likely been impacted the most by the chip shortage. Depending on its level of connectivity, the average car can have more than 100 chips on board, with many vehicles requiring thousands of semiconductors to control safety features, the electrical and powertrain systems, infotainment, connectivity, and more.

However, Things are pointing toward a positive trajectory and the chip shortage is finally losing its clutches. To talk about the chip shortage repercussions specifically on the Indian electronics industry, ELE Times Sub Editor Mayank Vashisht spoke with Arjun Bajaj, Director of Videotex International one of India’s fastest growing OEMs players for LED TV for 37 years. Excerpts:

ELE Times: In what ways has the Semiconductor chip shortage impacted the Indian electronics industry? What challenges does your company have to go through?

The post-pandemic Chinese shutdown, followed by the Russia-Ukraine crisis, has impacted the movement of goods across the globe resulting in semiconductor chip scarcity. Because India relies on China for semiconductors, and Russia is the leading manufacturer of rare metals that go into making semiconductors, the semiconductor scarcity had a grave impact on Indian manufacturing. Supply chains were disrupted, output decreased due to longer delivery times, costs increased and discounts were reduced. The same goes for us. We faced all of these challenges as did every other manufacturing company globally.

ELE Times: What do you think will be the Indian electronics scenario now, as the global chip shortage is finally getting under control? What should be the anticipation at the consumer as well as the industry’s end?

Yes, it does seem like the global shortage might see an end and while the situation looks like it will soon come under control, there is still a high lead time due to the massiveness and complexity of the disrupted supply chain. It is anticipated that the shortage will last for another year or so. India is uniquely poised to take advantage of the global chip shortage. This pandemic has highlighted just how limited the production capacity for such a vital component really is. China, Taiwan, the US, Japan, and South Korea account for nearly all of the semiconductor fabrication in the world. The US is now looking elsewhere to source its chips and India, with its low labour costs, could be a good alternative to China and Taiwan.

ELE Times: The government of India is relentlessly putting some serious efforts to set up a chip manufacturing plant on the home soil. What are your thoughts on the same? How would it be benefiting the Indian electronics industry as well as the economy of the nation?

With no local manufacturing, India meets its semiconductor needs through imports, which are estimated to reach around $100 billion by 2025. This is a huge cost for India and now with the world shifting its gaze away from China for its semiconductor needs, it’s a good step that the government is trying constantly to encourage manufacturing on Indian soil. The government’s focus on boosting semiconductor production in India could go a long way in establishing the country as a global hub for electronics goods, besides creating jobs and attracting investments from top firms around the world. Besides helping the country reduce import dependency, if India makes its own semiconductors, then it will boost semiconductor production which will bring in massive investments and create a large number of jobs. It will ensure that there is no sudden shortage of chips, like in the past two years, that can trigger massive price hikes across various segments of electronics and hi-tech goods. India can become self-sufficient in its semiconductor needs and export as well to the rest of the world.

ELE Times: What are the Indian technology manufacturer’s expectations from Govt. to support R&D in India, according to you? What would be some of your key suggestions in regard to the same?

Research and development (R&D) are a crucial part of a company’s operations that seeks knowledge to develop, design, and enhance its products. While the percentage of R&D expenditure of Indian companies has increased in general, in most cases, it is still much lower than that of global competitors in the same industry. Research indicates that the absorptive capacity of a company is directly proportional to the intensity of internal R&D. This is an important reason for Indian companies to stay invested in internal R&D, and for the government to continue its policy support for internal R&D financing.

The government must incentivize and encourage investments in the industrial environment while also encouraging local innovation among technology providers. The industry is in significant need of policy changes that are in favour of them and can actually help India become the next research and manufacturing hub as currently its mostly assembly that is happening in India. This will not only attract more global companies to come to India but soon open up export opportunities.

ELE Times: The Russia- Ukraine war has disrupted many supply chain networks globally. How the ongoing war has affected the global electronics market and what are the repercussions the Indian electronics industry had to go through?

The Russia-Ukraine conflict has further aggravated the chip scarcity crisis, as both countries are the main producers of various important resources, and raw materials in chip production were already in short supply. The Chinese shutdown has also severely undermined business and pushed corporations to reconsider their future plans. China’s lockdown due to the pandemic hampered the entire flow of the supply chain as ports were shut and vessels that have been stuck at ports for weeks delayed shipments. This has therefore led to the unavailability of vessels. The Indian rupee has also depreciated to new lows in the last few months, further burdening the sector’s operating cash and resulting in the inability to keep consumer promises on time.

We will be focusing on continuous technology developments in the lineup of webOS TV and Cloud TV, Smart TVs. Our goal is to provide the best solution to our partner brands. We are the only official ODM of webOS TV in India and have worked our way towards onboarding more than ten brands on the webOS platform in such a short period. We want to provide the best technology to our partners and the best experience to their customers.  As a Consumer electronics contract manufacturer (ODM/OEM), we are planning to set up a new LED TV manufacturing facility in Greater Noida by investing over 100cr in the next two years. With this, the company shall also upgrade its existing capacity in Greater Noida to 1.4 million TVs and its new capacity to 1.8 million TVs, a combined production capacity of 3.2 million TVs in a Year. The company in its new 1,20,000 + sq.ft. the smart manufacturing facility shall be installed, advanced manufacturing solutions & machinery, applying AI & ML technologies.