Automatic brightness on the computer with Arduino – Open Electronics 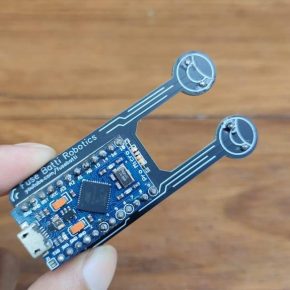 Have you ever wondered why smartphones are called smartphones? Because they are smart, right? They do some jobs automatically, intelligently. This is the short answer. For example, mobile phones have an automatic brightness control system, which is very useful. But for unknown reasons, computers don’t have an automatic brightness control system. To change the brightness, each time you have to press some buttons (function keys). And on some computers, some key combinations work (usually fn + function key).

To overcome this problem, a simple device has been designed that can be connected to any PC and the brightness of the PC will be controlled automatically, just like our phones.

The system was built on PCB but it is possible to easily build it with external jumpers given the simplicity of the circuit. This is made up of an Arduino Pro Micro, but you can use the Nano or whatever you want, an LDR photoresistor and a 1KΩ resistor.

Biology’s biggest problem solved by an AI – Electronics For You

Power Density Calculator – Electronics For You