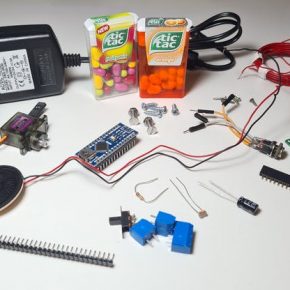 To be more motivated during exercise, Nikolas has decided to make a Smart pull-up bar using an Arduino Nano which, when you start exercising, will start playing music and will give it a Tic Tac at each set period of time as a prize.

A laser diode and photoresistor located at opposite ends of the bar were used to notify that someone was actually on the pull-up bar. The sound is emitted through a small speaker directly using an Arduino Nano PWM output. Instead, the mechanism for dropping a Tic Tac was done using a Servo motor.