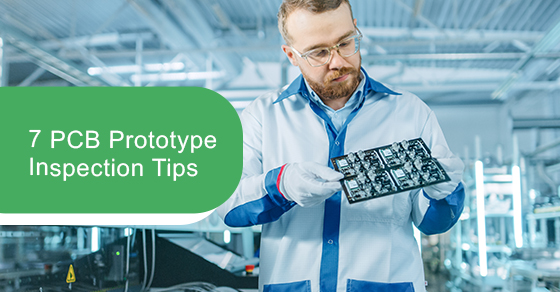 Why are printed circuit boards (PCBs) important? First, we need to take a look at the importance of electronics in our daily life. Every day, people depend on electronics like televisions, laptops, cellular phones, remote controls, and tablets. All of these electronics and devices contain a PCB inside of them.

Now, imagine if all of these electronics had defective PCBs and they all broke down. In such a case, we’d have a lot of frustrated people returning electronics and asking for a refund or exchange (not to mention many disgruntled customers).

To avoid electronics from breaking down and becoming defective, circuit board prototyping and testing of PCBs is one of the most important steps in the manufacturing process. When the production stage skips testing PCBs, electronic products risk getting errors and problems, which lead to massive failures. That’s why PCB testing shouldn’t be overlooked, as testing ensures that PCBs can perform without incident.

So, how can you avoid the high cost of PCB testing, but produce quality electronics at the same time? Let’s take a closer look at seven PCB prototype inspection tips.

The most popular PCB prototype inspection is in-circuit testing (ICT). It’s reliable because it provides a high-fault coverage verification method that covers the majority of electronic components that are part of a PCB assembly.

So, how does in-circuit testing work? This type of testing controls the PCB’s hardware and eliminates the chance of human error. The testing steps include:

You should use in-circuit testing when ball grid arrays or big assemblies are needed and after the assembly is done.

The main cause of defective PCB prototypes is short circuits. To perform testing, turn your attention to the fine-pitch components such as the microcontroller with an LQFP (low-profile quad flat package) footprint. A small fastener that creates a short between two pins that are close together can damage the microcontroller when switched on.

What can you do in short circuits? First, measure the electrical resistance of all types of voltage nodes related to the ground. For example, if you’re working with 12V, 5V, and 3V power networks in a PCB, any of them could be shorted to ground caused by faulty components or the wrong soldering. If left unfixed, the defective component could heat up quickly when turned on.

X-ray inspection (AXI) acts as an inspection tool where an x-ray technician runs a test by locating defects during the manufacturing stage. The x-ray technician is specifically looking for elements that are hard to locate with the naked eye like barrels, joined connections, and internal traces.

Besides circuit board prototyping, some customers prefer a traditional functional test, and they should provide the parameters to inspect. To perform a functional test, use an engine control module (ECM) to confirm that the product can power up. Functional testing requires:

Burn-in testing is an intense form of testing for PCBs because its purpose is to catch early failures and initiate load capacity. Since burn-in testing pushes a lot of power through electronics, it can damage the parts being tested. For instance, power is run through the board for 48 to 168 hours consecutively. If a board malfunctions, this is called infant mortality.

When is it ideal to use burn-in testing? If you have a product launch for a new electronic product and you want to make sure you’ve got all your areas covered, conducting burn-in testing can avoid dangerous product launches before customers buy them. Just keep in mind that burn-in testing can reduce a product’s lifetime, especially if the board is placed under more stress than it can handle. If no defects are detected, you can decrease the testing phase for a shorter period to prevent overworking your PCBs.

Similar to x-ray inspection, an automated optical inspection test (AOI) relies on a visual test to inspect for any emerging issues during the preliminary phase of an assembly with a camera. AOI testing is conducted by the following steps:

AOI testing is best for catching issues early that could happen on the board during the assembly process. We recommend not relying on AOI for full testing. It works best when you add an ICT or flying probe procedure for a more accurate outcome.

Once you’ve powered up the integrated circuits (IC) fastened in the facing polarity, it’s a done deal. You’ll observe a soft popping sound, a little bit of smoke, and the familiar bitter scent. Removing the damaged components will now be a simple process. However, you may get damaged pads.

When there’s manual assembly involved, the chances of human error increase. Even if you’re willing to spend out of your budget to obtain several prototypes manufactured by a machine, the manual labour performed to install board-to-wire connectors can lead to defects. To avoid malfunctions, check to see that every individual component is set up based on its polarity.

As you can see, these seven PCB prototype inspection tips give you a variety of circuit board prototyping options to choose from. The main challenge is finding out which option works best for your product. If you need assistance, the Circuits Central team is here to help! For a free quote, call Circuits Central at 1-888- 821-7746 or email us here.

Everything You Need to Know About PCB Colours | Circuits Central

What Is Environmental Stress Screening and Why Is It Important? | Circuits Central